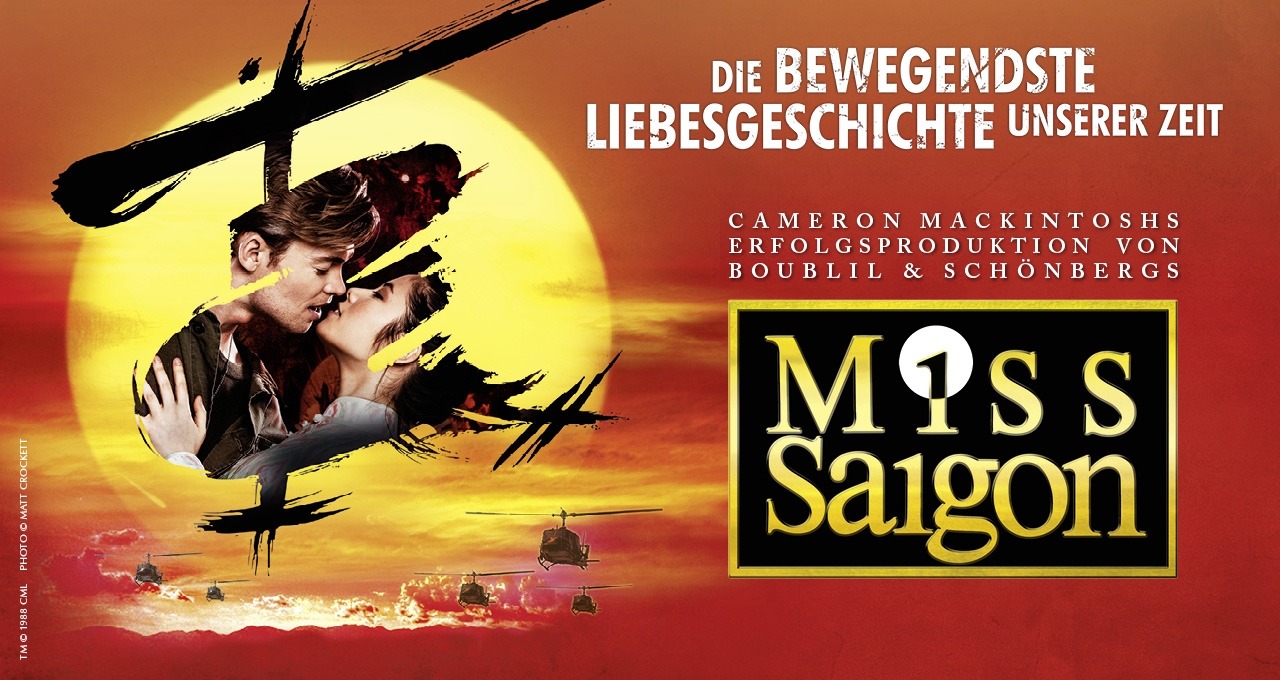 MISS SAIGON, Cameron Mackintosh’s global smash hit production, will be in Vienna for the first time from November 2021. VBW Artistic Director Christian Struppeck brings the famous musical by Alain Boublil & Claude-Michel Schönberg in the spectacular new version as the opening production at the newly renovated Raimund Theater. The previews will start on 23 November, the long-awaited gala premiere will take place on 3 December 2021.

MISS SAIGON – A musical that gets under your skin

This acclaimed production by the world’s most successful musical theatre producer, Cameron Mackintosh (LES MISÉRABLES, MARY POPPINS, CATS, PHANTOM OF THE OPERA) and written by Alain Boublil & Claude-Michel Schönberg (the writers of LES MISÉRABLES) is an extraordinary masterpiece of a musical that has touched people all over the world for three decades.

The moving love story of Kim, the Vietnamese girl, and Chris, the American GI, and their fateful encounter in Vietnam is brought to life in a lavish staging with haunting music, extravagant choreography, a striking set and breath-taking technical effects.  Not for nothing is the dramatic moment when a helicopter lands on stage considered one of the most unforgettable moments in the history of musicals. A superb show with a superb cast, superb effects – emotional, gripping and disturbing all at once.

Previews from November, Premiere on 3. Dezember 2021

"The greatest musical of all time"
Daily Mail

Adapted from the original French text

VBW Artistic Director Ronacher & Raimund Theater Christian Struppeck: “MISS SAIGON is one of the most successful musicals of our time. This dramatic love story by Alain Boublil & Claude-Michel Schönberg, with thrillingly romantic music and an abundance of Asian local colour has won multiple international awards and been seen by 36 million people all over the world. An emotional and musically unusually touching production, which we are now bringing to our audiences in Vienna for the first time.”

Producer Cameron Mackintosh: “It’s hard to believe that it has been 30 years this year since Miss Saigon first opened in London but, if anything, the tragic love story at the heart of the show has become even more relevant today, with innocent people being caught in conflicts all over the world. It is 37 years since the first of my productions, Cats, came to Vienna followed by Les Miserables, The Phantom of the Opera, and of course more recently, Mary Poppins. So I am thrilled to have the chance to come back and enjoy one of my favourite cities. Miss Saigon has that very rare thing in musicals, a contemporary story rather than fiction and, like Madame Butterfly, the opera that inspired Claude-Michel Schönberg and Alain Boublil to write this extraordinary musical, the power of its story and glorious music will make it live forever.” 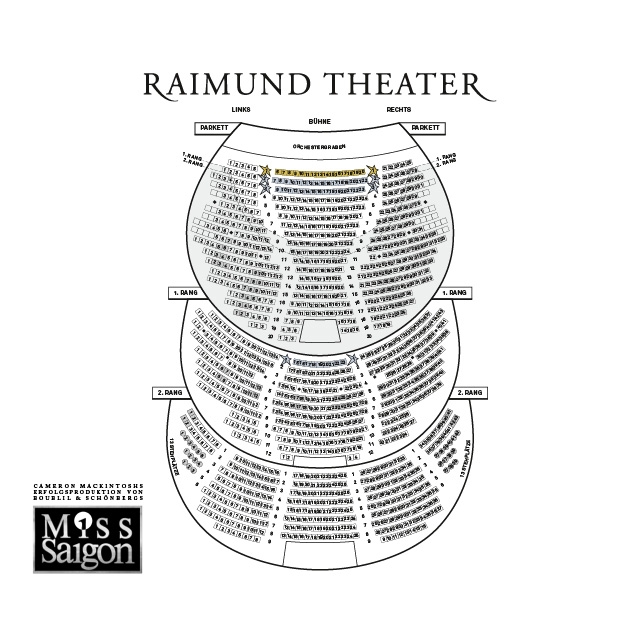