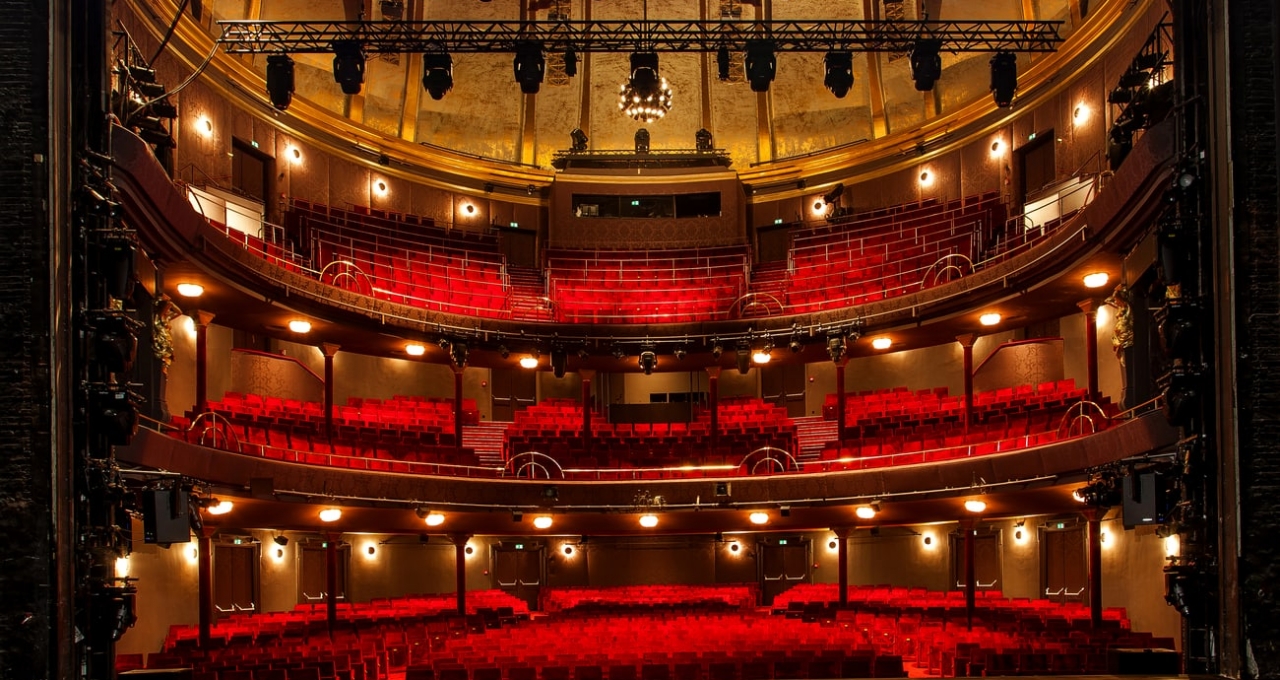 Welcome to the Raimund Theater

Kurzparkzone(short-term parking zone) in the 6th district, as well as all other districts within the "Gürtel", Monday to Friday (workdays) from 9 a.m. until 8 p.m.
Parking tickets can be bought at any tobacconist.

Affordable parking possibilities with the Theatre Park Bonus Card at
APCOA Parking Garage Mariahilfer Platzl
(Address: Mariahilferstraße 123, 1060 Vienna) - only 5 minutes away from RAIMUND THEATER - at the reduced rate of only € 5.50

Valid on performance days from 5 p.m. until 7 a.m. the next morning.

The Theatre Park Bonus Card is available at the Box Office at RAIMUND THEATER and during the intermission at the souvenir shop on the ground floor (cash only).
To take benefit of this offer, one must also take a normal parking ticket when entering the garage!

ATTENTION! The garage entrance is only accessible from the junction at Mariahilferstraße and Millergasse.

Alternative parking garages in the area

Prices are subject to change!

Parking in Mittelgasse (with barrier-free entrance)

Information about embarking and disembarking, parking as well as a wealth of other useful information -
Vienna Bus Info >>

1,5 hour before the start of the performance

We kindly ask you to arrive at the theater early in order to avoid waiting situations.

We would also like to enable people with hearing aids to participate in our musical productions at Raimund Theater without interference. Therefore, our auditorium is equipped with an inductive hearing system.

This transmits the stage sound directly to our visitors' hearing aids and effectively suppresses background noise, such as background noise and reverberation. All information reaches the listener's ear completely undistorted.

How does it work?

An induction loop enables wireless, interference-free reception of audio signals. The induction loop can be thought of as a wire loop that is placed around the predefined seating area (center of the stalls, rows 4, 5, 7 - 12). The useful signal is transmitted directly into the hearing instrument by means of a magnetic field.

In order to receive this signal, it is necessary to set your system to the appropriate reception mode: to use an inductive hearing system, the hearing aid is switched to T or M/T.

Please note that reception is only possible in the predefined seating area:

More information on how it works

You have questions about handling or use

We have reserved wheelchair spaces with a good view for you at the Raimund Theater. Please book them ideally up to one week before the performance so that we can prepare your stay with us. We will also try to accommodate requests at short notice up to the day of the performance itself.

We are also happy to help people who are able to take their seat independently from a wheelchair or who are able to negotiate individual steps. In this case, we recommend booking a barrier-free corner seat (stalls) in the immediate vicinity of the exit. We will be happy to drop off your wheelchair at the cloakroom and pick it up again.

Ronacher
There is a bell for you at the Ronacher. You will find it at a separate entrance, to the left of the main entrance.
Box office:
Monday to Saturday 2 p.m. - 6 p.m.
Sundays and public holidays on performance days 2:00 - 6:00 p.m.

Raimund Theater
There is a bell for you in the Raimund Theater. You will find this by a separate entrance, to the left of the main entrance.
Box office:
Monday to Saturday 14:00 - 18:00
Sundays and public holidays on performance days 2:00 - 6:00 p.m.

On site at the theatre:

Here the audience service will welcome you and personally accompany you to your seats. Our staff will provide you with more detailed information about the infrastructure of the theatre. All our wheelchair spaces are located in different categories in the stalls with good visibility. Should you wish to go to another level, a lift is available.

Raimund Theater: parking in Mittelgasse (at the barrier-free entrance)

The RAIMUND THEATER is equipped with a surtitling system. The system is located to the left and right of the stage. The English surtitles are clearly visible in the first 5 rows of the centre blocks in the stands as well as in the stalls from row 5 onwards.

In the year of 1890, a group of Viennese joined together to create a "Viennese popular theatre club" outside the city centre. This was designed for a wide circle of visitors, especially from the "lower classes". At highly reduced, affordable prices one could view patriotic folk tales, both told and sung, join in singing games and experience relevant works all in the field of folk music.

Designed by the architect Franz Roth, the RAIMUND THEATER was finally opened on the 28th November 1893 with Ferdinand Raimund's - the namesake of honour - rarely performed magical play The tethered imagination.

As the first director, writer and critic Adam Müller-Guttenbrunn worked effectively until 1896 in the championing of the idea of a theater for the people, thereby making a name for himself through the nurturing of Viennese folk works. His aim was to establish the new house as a theatrical stage for these classical folk plays. A counterpart to the court’s Burgtheater on the one hand and for light entertainment and variety on the other. Even in the early years, big stage stars were to be seen at RAIMUND THEATER including "the" Eleonora Duse, Adele Sandrock, Alexander Girardi and the later world-famous Max Reinhardt.

Around the turn of the century, the Viennese public’s favour turned increasingly towards the operetta. Spoken theatre was barely able to lure an audience into the house. This development forced the operators of the theatre eventually to lease to a consortium, to which - among others - Wilhelm Karczag belonged. Having already leased the “Theater an der Wien” and the “Stadttheater” meant that he essentially held all of the Viennese operettas in his hands. 1908 thereby marks the move to Operetta within the RAIMUND THEATER.

The success was so overwhelming that some performances were often played for months en-suite. Operettas subsequently dominated the Schedule, works by Johann Strauss, Robert Stolz – whose Premier of The Glücksmädel was performed in RAIMUND THEATER, 1910 - ,and other composers of the time were seen. The greatest success however was celebrated with The House of three girls based on themes by Franz Schubert, with over 1200 performances from 1916-1927.

It was not until the later, 1921-1924, under director Rudolf Beer that theatrical spoken pieces were once again increasing performed at RAIMUND THEATER. Having been spared from destruction during the war of bombs, the theatre was able to immediately operate once again after the war and opened with The House of three girls on the 25th April 1945.

In 1948, Rudolf Marik took over as Director of the RAIMUND THEATER for a period of almost 30 years, during which time he built up its reputation as being the only internationally recognized stage within the German-speaking world that played solely operettas. The biggest stars of the genre, including Marika Rokk, Zarah Leander and Johannes Heesters performed here as well as some famous actors, such as Hansi Niese, Paula Wessely, Attila Hoerbiger and Karl Skraup who began their great careers here.

It was not until 1976 that RAMINUD THEATER began occasionally adding musicals to its repertoire, such as Kurt Weills’ Lady in the Dark. Between 1984 and 1985 RAIMUND THEATER was renovated. In 1987, it was incorporated into the VBW and has since become a well-established venue for large musical productions.

A Chorus Line, was the very first Broadway hit to be performed at the RAIMUND THEATER from 16th October 1987 until 1st July 1988. Thereafter, Les Misérables followed from 15th September 1988 until 31st March 1990, with Andrew Lloyd Webbers Phantom of the Opera close on its heels from 9th June 1990 until 30th June 1993. From 28th September 1995 until 29th June 1997 the first ever Disney production filled the stage with the spectacular musical, Beauty and the Beast.

On the 4th October 1997 Roman Polanskis Musical version of his Cult Film from the 60’s, TANZ DER VAMPIRE (Dance of the Vampires) celebrated its opening night. By 15th January 2000, more than 800.000 visitors had appreciated the internationally acclaimed musical in RAIMUND THEATER.

From 3rd March 2000 until 14th January 2001, Joseph and the Amazing Technicolor Dreamcoat was performed, followed by the new version of the legendary Hippy Musical Hair from 10 March 2001 until 30 June 2002. On 29th September 2002 Rainhard Fendrich & Harold Faltermayer witnessed the opening night of their first Musical Wake Up! which ran until 1st January 2004. From 11th March 2004 until 1st January 2005 Dave Stewarts Barbarella followed as the next production. On 24th February 2005, the first german version of Romeo and Juliette was performed. The spectacular musical version of Shakespeare’s romantic drama ran until 8th July 2006, followed by the opening night of Michael Kunzes & Sylvester Levays Rebecca on 28th September 2006. For half a year from early 2008, the Queen Musical, We will rock you was our guest of honour only to be followed once more from September through to 30th December 2008 by the return of the World-class musical, Rebecca. On the 26th February 2009 Rudolf – Affaire Mayerling performed its first ever premier.

On 17th March 2010 the opening night of ICH WAR NOCH NIEMALS IN NEW YORK took place at the Raimund Theater. The famous musical ELISABETH celebrated its acclaimed premiere on 5th September 2012 on the occaison of the 20th anniversary and was on the program until 1st February 2014. On 14th March 2014 MAMMA MIA!, a musical comedy with 22 of ABBA’s greatest hits, celebrated its opening night. On 24th September 2015 the successful musical MOZART! returned to the place of its origin, Vienna. The world premiere of SCHIKANEDER - the turbulent love story behind the magic flute took place on 30th September 2016 and was on stage at the Raimund Theater until June 2017. On 16th September 16 the successful production I AM FROM AUSTRIA celebrated its world premiere in Vienna with the greatest hits by Rainhard Fendrich and was on the program until June 2019. Then the renovation and modernization of the Raimund Theater started. In the 2021/22 muscial season, MISS SAIGON, Cameron Mackintosh’s global smash hit production, will be in Vienna for the first time and can be experienced in the newly renovated Raimund Theater.

Raimund Theater: Before the renovation