Musicals with that special Viennese flair – a global success story

Our musicals have been seen in 21 countries by more than 23,5 million visitors in 16 languages worldwide, from Japan to Broadway. The VBW have been creating in-house productions such as DANCE OF THE VAMPIRES, DON CAMILLO & PEPPONE, I AM FROM AUSTRIA, MOZART!, REBECCA, SCHIKANEDER and THE VISIT and exporting them to the whole world since 1996. Leading the field is the historical musical drama ELISABETH, the most successful German-language musical of all time. More than 11 million visitors across the globe have seen this musical drama, based on the life, love and losses of the Empress of Austria. 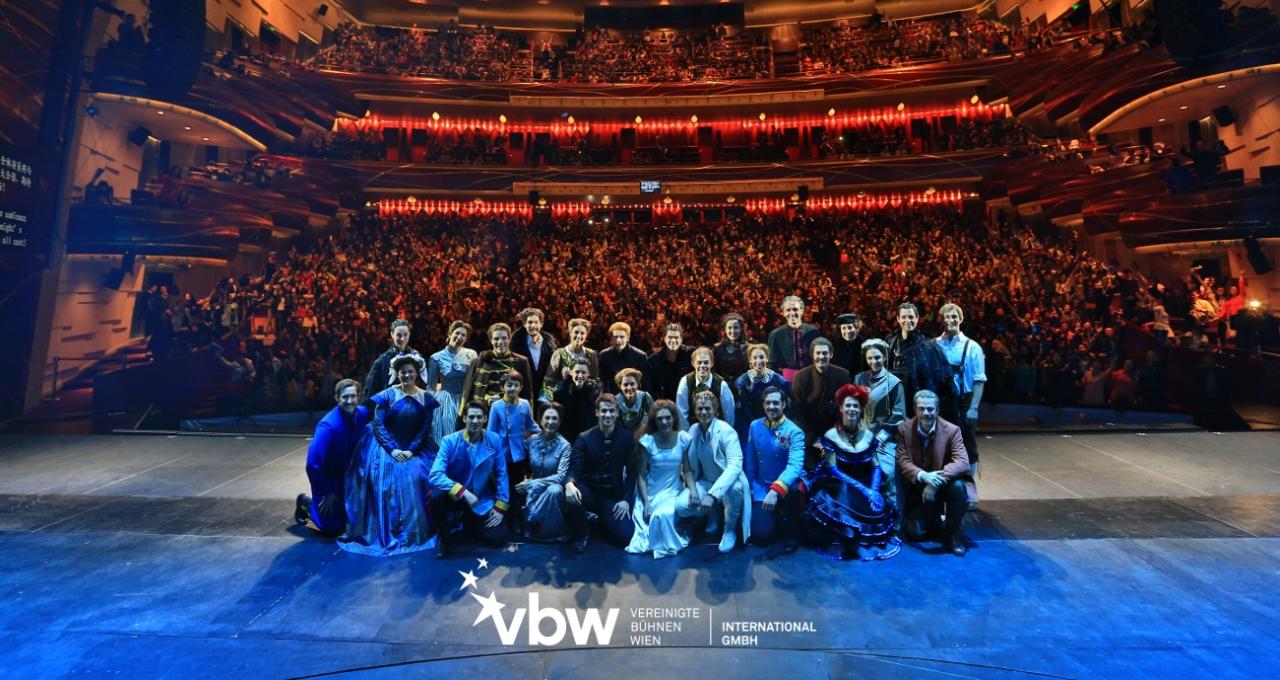 In 2016, the VBW celebrated their 20th anniversary of performance licensing. Our most recent premieres include MOZART! in the Culture Square Theatre in Shanghai, ELISABETH in Japan, performed by the TAKARAZUKA REVUE COMPANY and TOHO Theatrical in a run of several months, while THE VISIT is returning to Tokyo and REBECCA and MOZART! to Korea. DANCE OF THE VAMPIRES re-opened in Berlin in 2016 and subsequently opened in Munich and Stuttgart. In August 2016 it returned to St. Petersburg and opened in Moscow end of October 2016 for a long run.