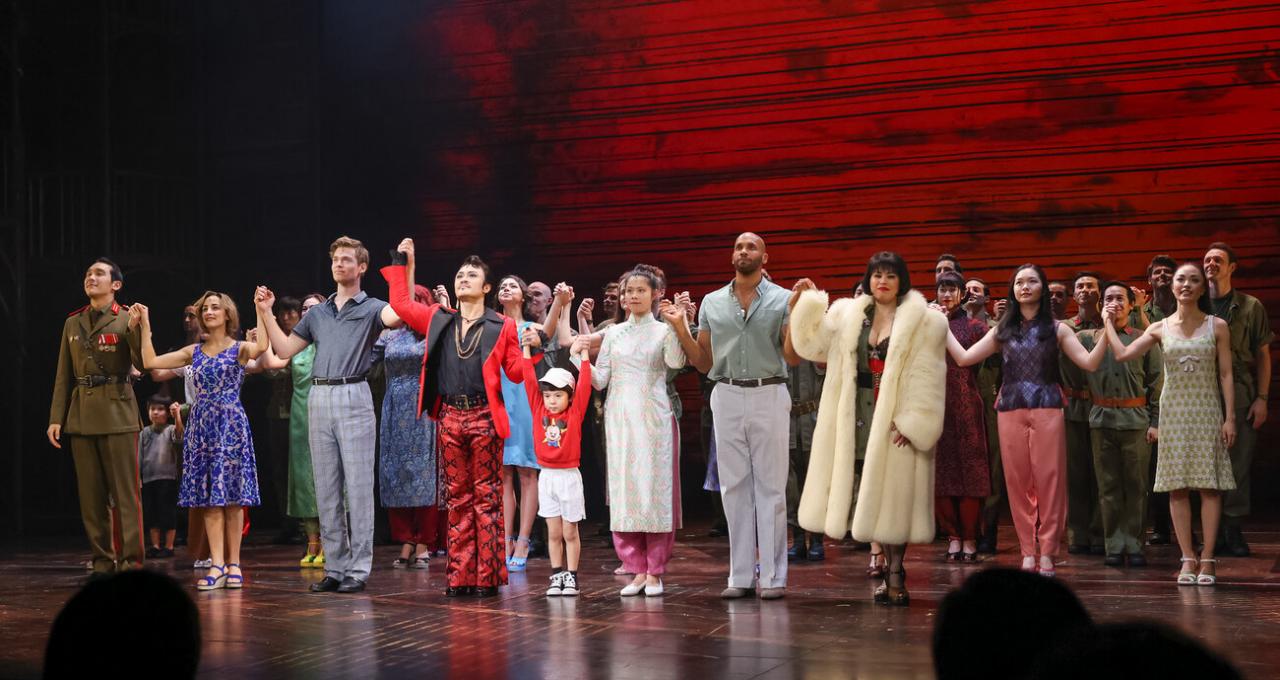 Newcomer Vanessa Heinz ("Kim") and audience favourite Oedo Kuipers ("Chris") thrilled in the leading roles of the famous musical by Alain Boublil and Claude-Michel Schönberg. Christian Rey Marbella made his Vienna debut with the role of the "Engineer" and brought great cheers from the audience with his performance. Gino Emnes, James Park, Abla Alaoui and Annemarie Lauretta performed brilliantly in the roles of "John", "Thuy", "Ellen" and "Gigi".

The atmosphere in the theatre was phenomenal and the joy of finally being able to experience this world-famous show, which has already been seen by more than 36 million people in 32 countries and 15 languages all over the world, was accordingly great. The audience thanked the entire obviously moved ensemble with cheers and standing ovations that lasted for minutes, as the production finally celebrated its grand gala premiere after two years. An evening of great emotion and a lot of Far Eastern flair.

Impressions: premiere of MISS SAIGON at the Raimund Theater