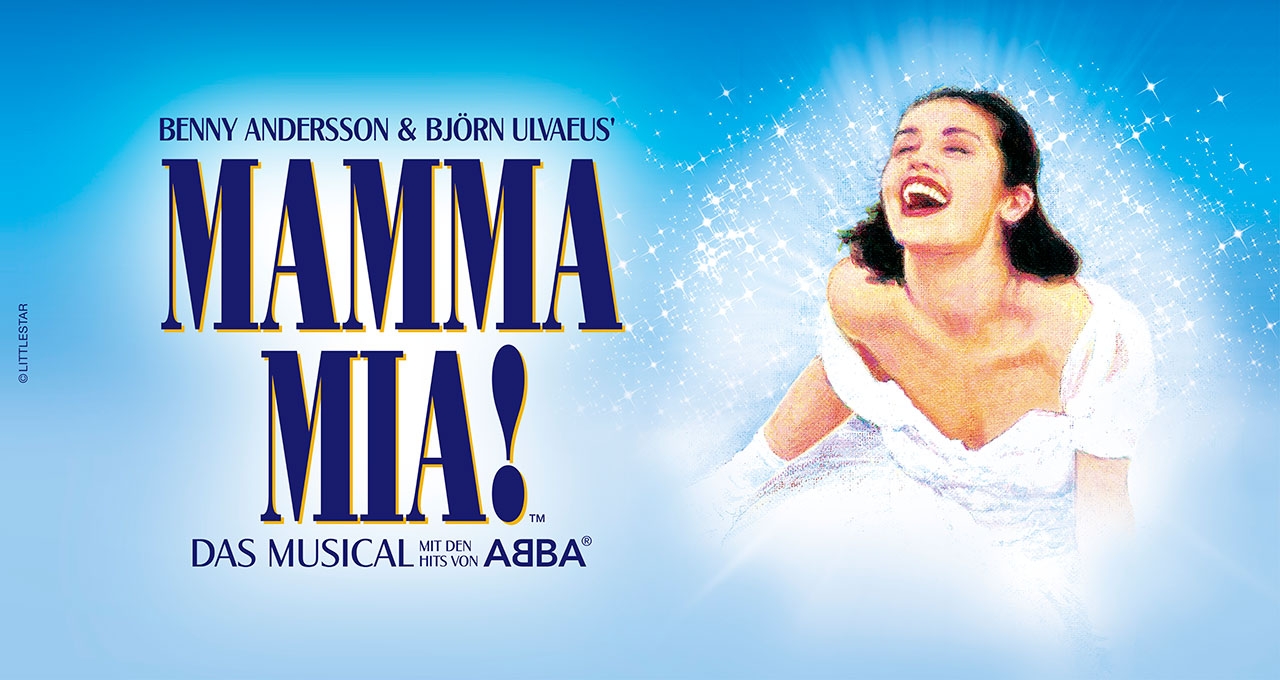 MAMMA MIA! is a charming, heart-warming and spirited musical comedy full of exciting music, and is one of the world’s most successful musicals.

22 of ABBA’s greatest hits – including “Dancing Queen”, “The Winner Takes It All”, “Knowing Me, Knowing You” and “Mamma Mia” – are interwoven into a moving and at the same time hilarious story, thus guaranteeing an enjoyable musical evening for the whole family.

It is about having the courage to realise your dreams, for love, friendship, family and the importance of the past for future happiness.
Donna lives with her 20-year-old daughter Sophie on a small Greek island and runs a tavern there. Sophie discovers in her mother’s diary that she has three possible fathers. She wants to end this uncertainty before she marries her girlhood love, Sky. Sophie invites the men in question to the wedding ceremony and the guesswork begins. Additional momentum is added to the story is when Donna’s best friends from the old days arrive and the memories of their time as the singing trio “Donna and the Dynamos” are revived.

“More than 54 million people throughout the world have fallen in love with the characters, the story and the music of MAMMA MIA!; the musical has long become a cult. It is wonderful that we have succeeded in bringing this fantastic musical comedy to Vienna in the original German version and can present it to our audience here as well.” Christian Struppeck