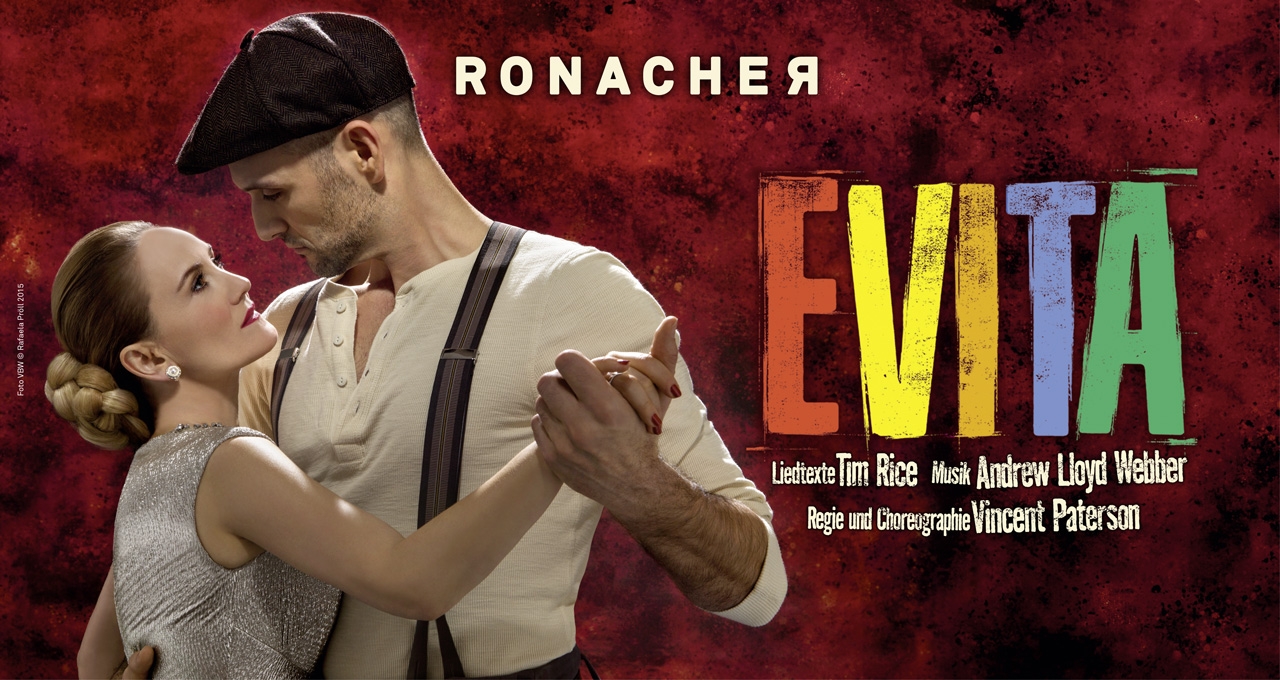 The story about Eva Péron

A Game of Love and Power

EVITA is the unforgettable story of Eva Perón, fondly known as „Evita“ to the people of Argentina, the wife of former president Juan Perón who rose from humble beginnings to become a controversial national heroine only to die a tragically early death.

Who could forget Tim Rice and Andrew Lloyd Webber’s stunningly magnificent score, which contains some of the greatest musical songs of all time, including Don’t Cry For Me, Argentina and of course the Oscar-winning global hit You Must Love Me.

The musical is based on the life of the Argentine First Lady, Eva Perón (1919 – 1952), affectionately known as “Evita” to the people of Argentina, and sets her rise to social and political power against the background of historical events in Argentina between 1934 and 1952. The story is narrated by a young man called Che who acts as a guide and commentator on events.

During her lifetime Evita, who came from an impoverished background, is revered as a saint by the “Descamisados”, the “shirtless”, but despised by the bourgeoisie and intellectuals. She sleeps her way to the top, lover by lover, until she finally meets Perón, a colonel in the army. After throwing herself behind his bid for the presidency, she becomes Argentina’s First Lady.

In spite of her glamorous lifestyle and love of luxury, Eva Perón markets her sympathy for the poor and oppressed with such skill and flair that she becomes a symbol of hope and the idol of an entire nation. Social and economic tensions increase and she faces increasingly bitter criticism, but she manages to turn imminent defeat into a personal triumph.