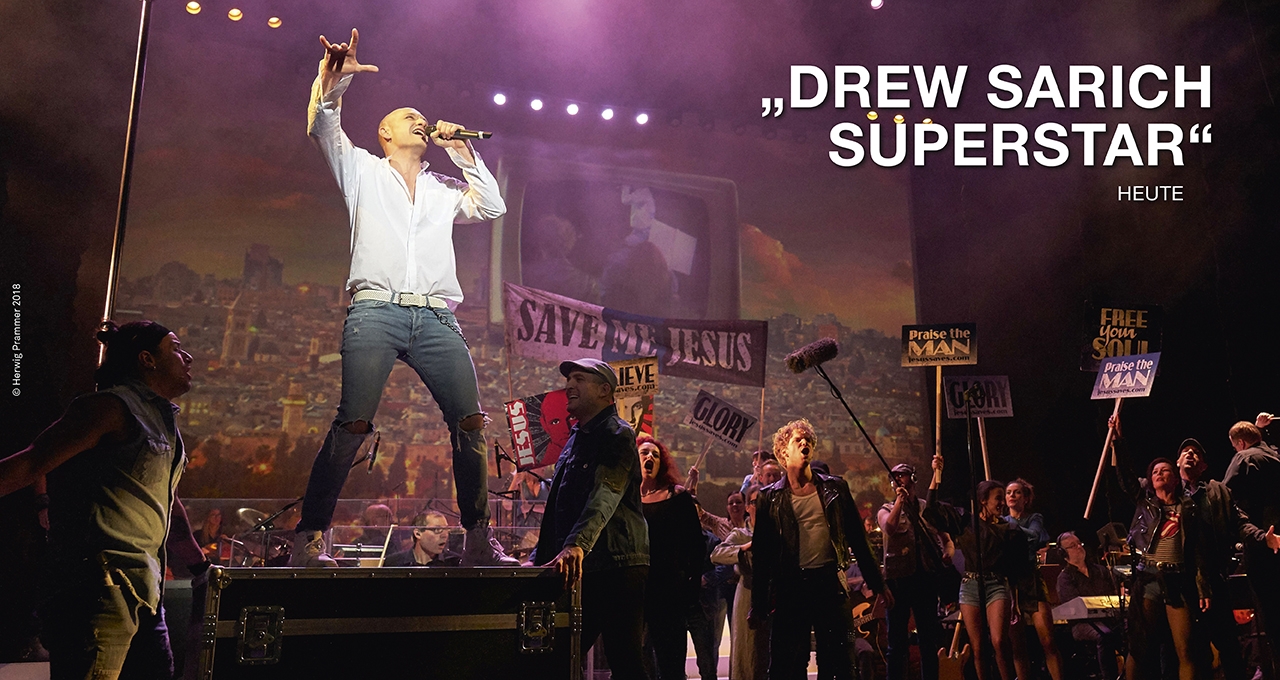 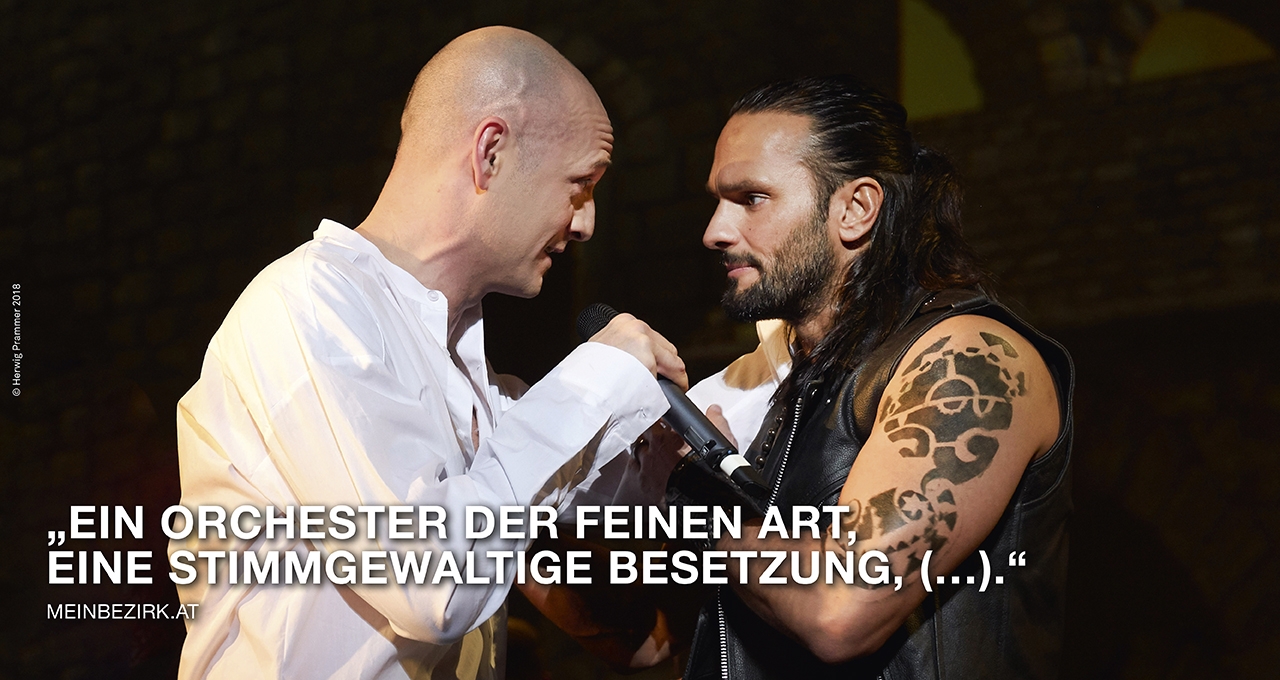 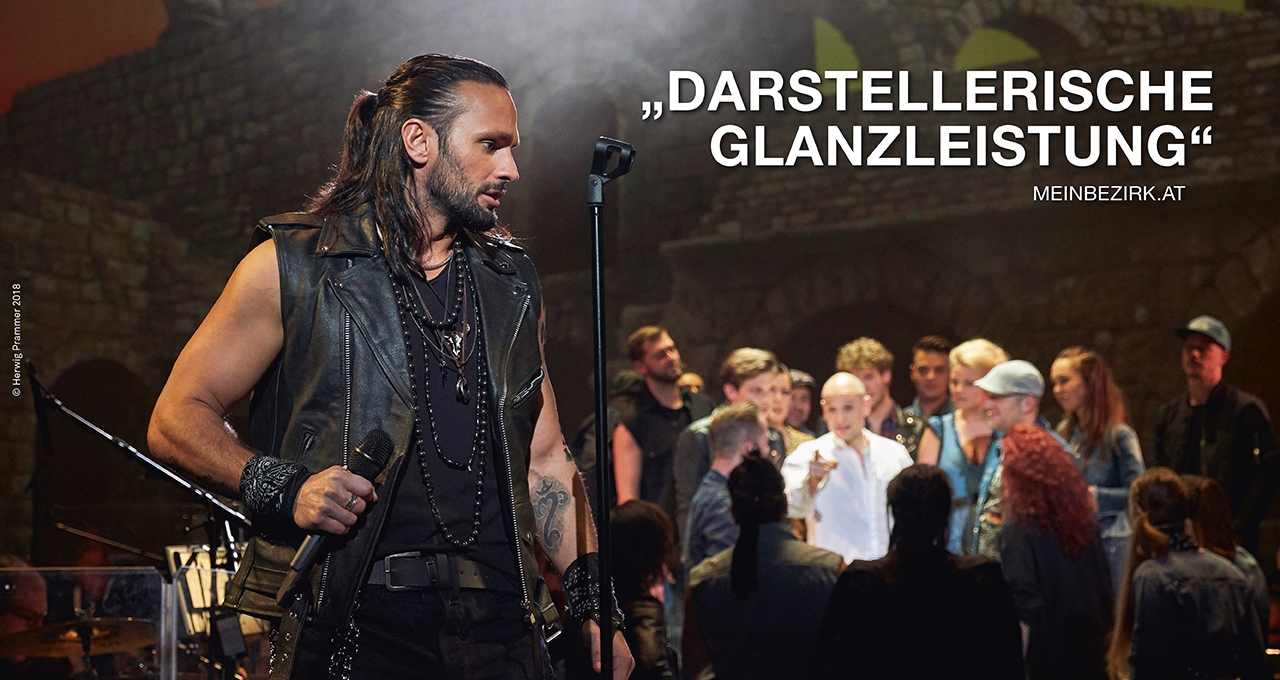 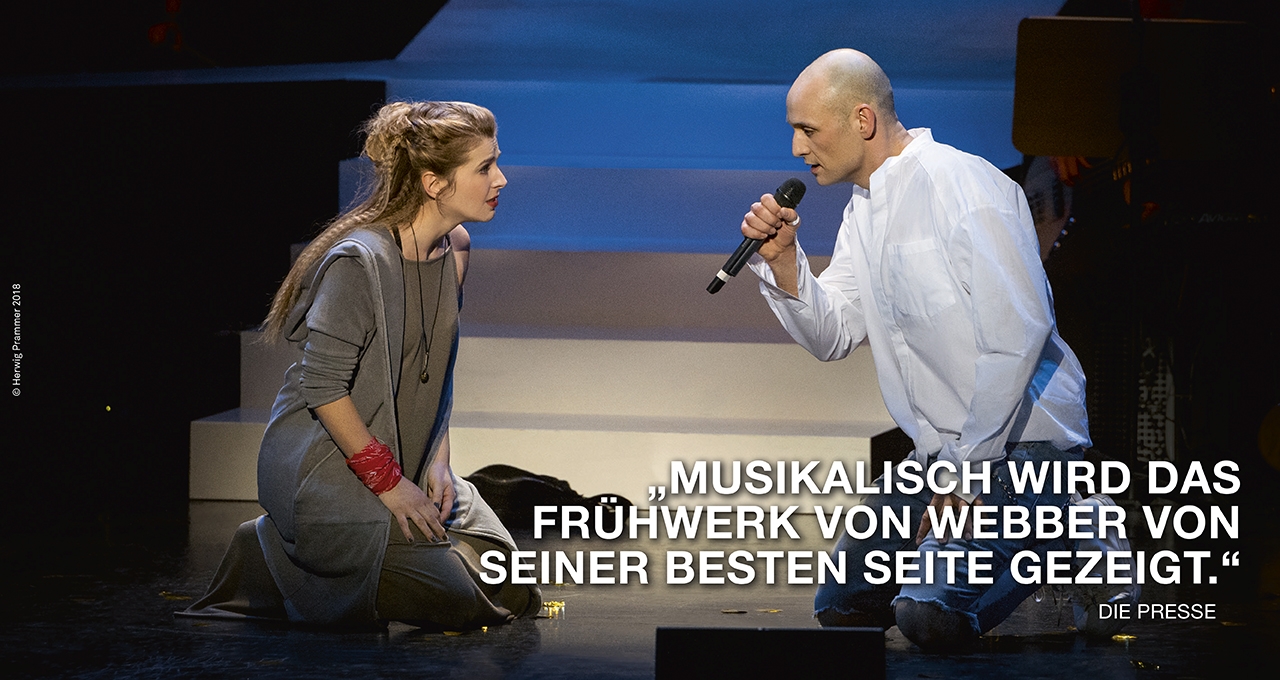 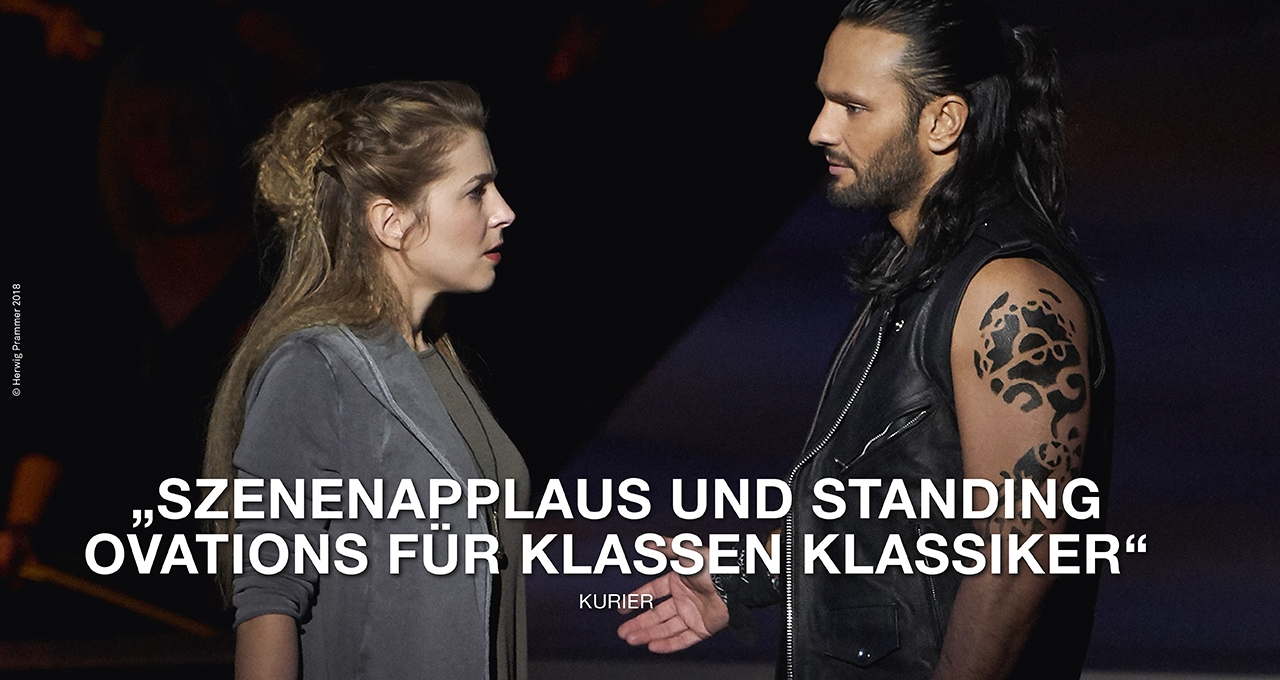 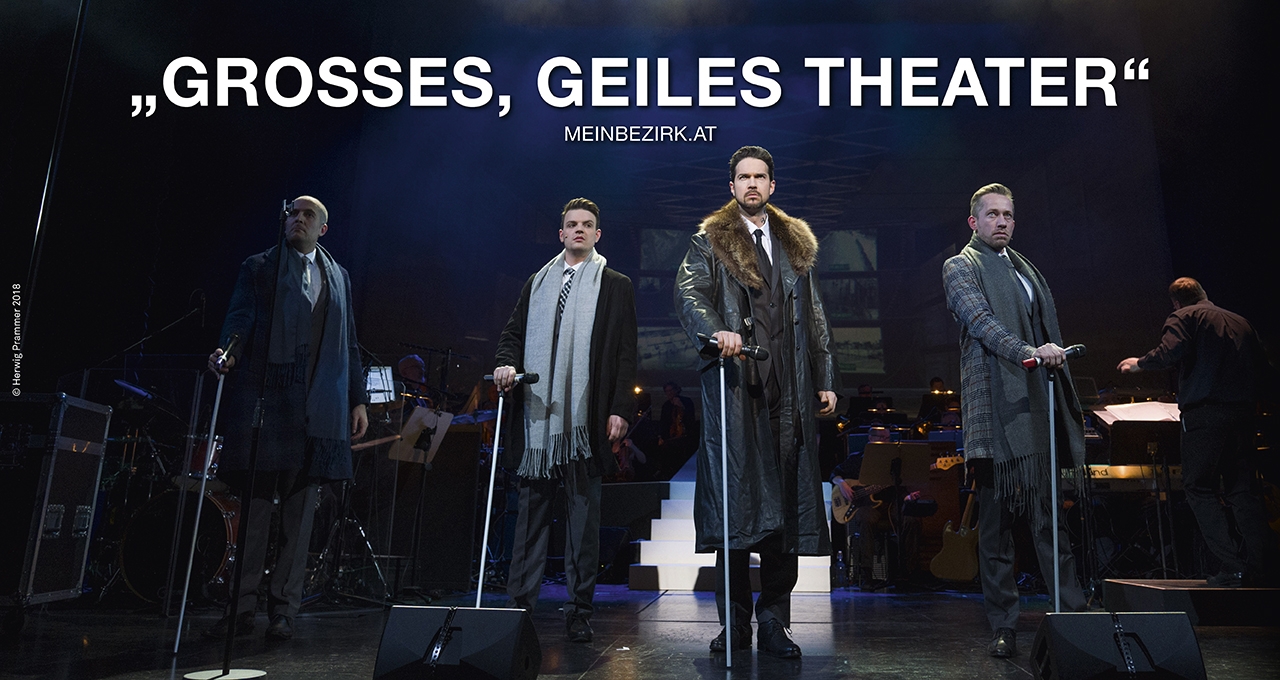 The VEREINIGTEN BÜHNEN WIEN continue the popular series of Easter concerts and again show Andrew Lloyd Webber and Tim Rice's world famous rock opera JESUS CHRIST SUPERSTAR as "Rockmusical in Concert" at the Ronacher due to the high demand from the audience and the enormous success of recent years. Besides the crowd pleaser Drew Sarich, who will perform as "Jesus" on stage as in previous VBW productions, this year Barbara Obermeier will play the role of "Maria Magdalena" and Sasha Di Capri the role of "Judas". In 2018 Alex Balga will direct the production.

JESUS CHRIST SUPERSTAR tells the last seven days of Jesus Christ in Jerusalem from the critical viewpoint of Judas. It is about the love of Mary Magdalene for Jesus, the Last Supper, the judgment of Herod and the betrayal of Judas, which leads to Jesus' way of the cross and finally to his death.

The then 25-year-old Tim Rice published together with the 21-year-old Andrew Lloyd Webber in 1969 in England and the US a single titled "Superstar". Until 1971, it developed into a rock opera, which first appeared as an album, then in concert in July 1971 in Pittsburgh and on October 12, 1971 in the Mark Hellinger Theater in New York premiered. From 1972 to 1981, there were 3,358 performances of JESUS CHRIST SUPERSTAR in London's West End, followed a year later by Universal's film adaptation. The Austrian premiere took place in 1981 in the Theater an der Wien.