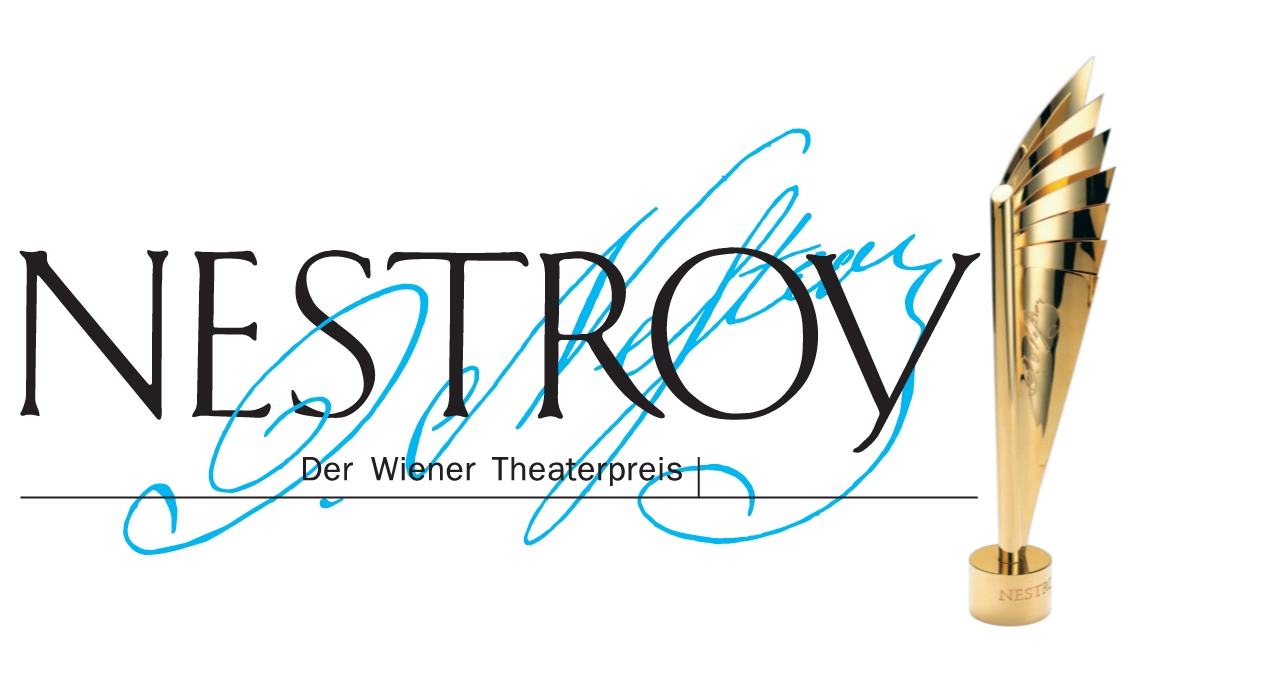 This year's NESTROY gala, organized by the Wiener Bühnenverein, will take place on November 7th in Ronacher in Vienna due to the great success of the previous year. Book authors Hans Rauscher and moderators Steffi Krautz and Markus Meyer were won over for the creative team, this time under the patronage of the general director Prof. Anna Badora.

The NESTROYs are awarded in 13 categories, the prize for the lifetime achievement goes to Frank Castorf.

Minister of Art and Culture Mag. Thomas Drozda: “The Austrian theater landscape makes a significant contribution to the outstanding cultural image of the country. Since its inception, NESTROY has developed into an Austria-wide and internationally recognized theater award. I am very pleased that the NESTROY is awarded annually to artists who perform great on Austrian stages every day. ”

On November 7, 2016, 36 nominees and three already fixed winners in 13 categories will be the focus of the glamorous NESTROY gala in the Ronacher.

"This year's Lifetime Achievement Award goes to a lateral thinker, experimentalist and theater revolutionary. Frank Castorf has received numerous awards, his productions polarize and move are as controversial as they are celebrated," said Dr. Andreas Mailath-Pokorny, City Councilor for Culture, about this year's award for As far as the Viennese theatrical year is concerned, there have been a number of changes in the directorates and a lot of new things on the stages.

Two other NESTROY prizes have also already been officially fixed: They go to the Austrian stage and costume designer Harald B. Thor for the "best equipment" from "Wassa Schelesnowa" in the Burgtheater and the Austrian-Israeli theater director and author Yael Ronen for "Lost and Found ”in the Volkstheater as“ Best Piece ”.
Greetings from Nestroy

“This year's NESTROY gala leaves nothing out, neither election campaign nor Nestroy, neither populism nor the Internet, neither democracy nor the lack of it, even heroic stage events from before and today are not being kept silent. And, of course, the deserved honors of the artists will certainly not be neglected either. We owe the text to Hans Rauscher, the stage concept Alex Riener. I am convinced that it will be a glamorous gala in honor of the country's major theater players, ”reveals Prof. Anna Badora, who, as director of the Volkstheater and vice president of the Wiener Bühnenverein, is taking over the patronage of this year's NESTROY award.
In search of the best

Jury chairman Dr. Karin Kathrein: “The past year of theater presented itself in a broad, colorful and varied way. This is also reflected in the decisions of the jury for the NESTROY Prize 2016: Theater worth seeing, whether by Shakespeare or Beckett, Chekhov, Strindberg or Horváth, John Hopkins, Peter Handke, Werner Schwab or Ferdinand Schmalz. But prose by Kafka, Bernhard, Christian Kracht or Wolfgang Herrndorf and films by Federico Fellini or Aki Kaurismäki also turned into dramatic stage experiences. Not least thanks to excellent acting performances, which caused the jury's desire to fight in the selection process. With this in mind, the jury also decided for the NESTROY Lifetime Achievement Award for a highly controversial and much-touted German director and theater director: Frank Castorf, who like a tropical storm, mixed up so many stuck structures on stage, idiosyncratic implementations of well-known and new dramas also brought novels to the stage and opened new paths. "