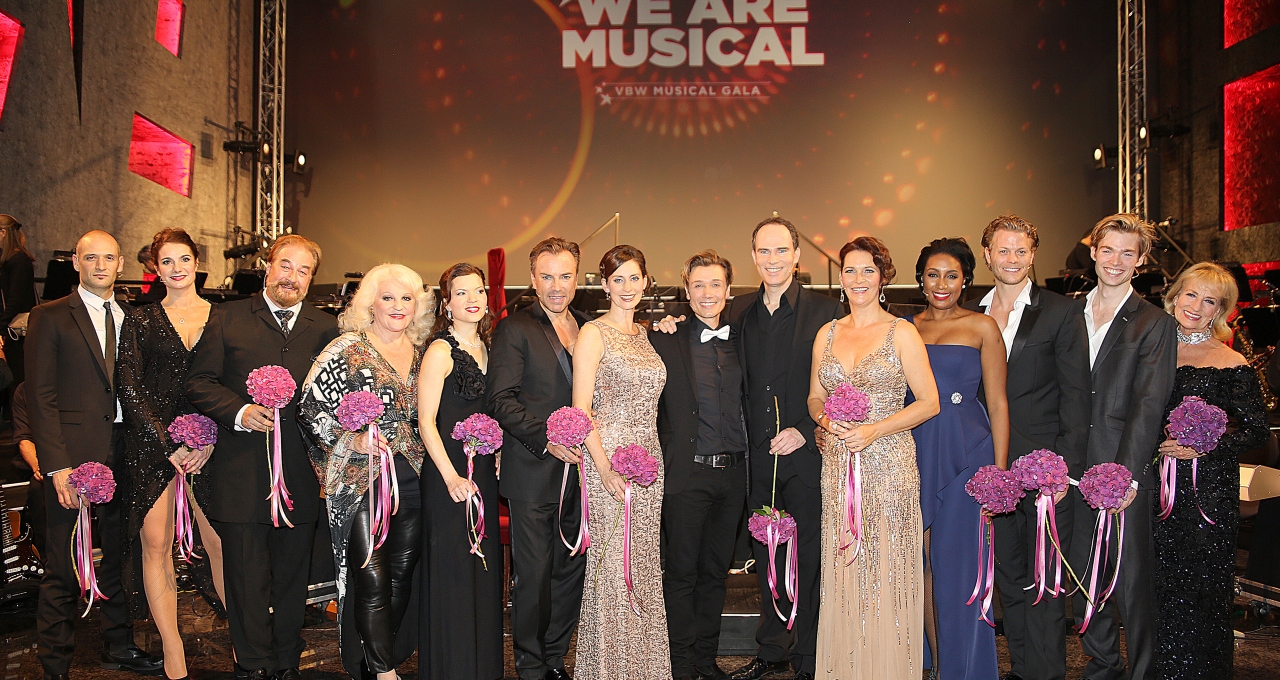 WE ARE MUSICAL Gala

Vienna as a musical metropolis

With the premiere of "How To Succeed in Business Without Really Trying" on December 21, 1965, the curtain rose for the first time for a musical production that was developed for one of the houses of the United Theaters in Vienna. In the years that followed, numerous other musicals were performed in Theater an der Wien, Raimund Theater and Ronacher, e.g. THE MAN FROM LA MANCHA, ANATEVKA, CATS, THE PHANTOM OF THE OPERA, LES MISERABLES and many more, all of whom contributed significantly to Vienna becoming a musical metropolis.

Original VBW in-house productions such as ELISABETH, DANCE OF THE VAMPIRES, REBECCA or MOZART! were premiered in one of the Theater der Vereinigte Bühnen Vienna to begin their triumphal march around the world.

All of these shows and many more have contributed to getting audiences excited about the musical over the past decades. Reason enough for VBW to stage a very special musical gala for its visitors in autumn!

In addition to well-known songs from big shows, captivating, big dance numbers and a historical review of our musical history, the audience can also expect songs that have been wrongly forgotten over the years.

The orchestra of the United Theaters in Vienna, accompanied by music director Koen Schoots, will provide musical support for the gala.

“With this very special VBW musical gala, we are continuing our tradition of concert series and, at the same time, we are inviting our audience on a fantastic journey through time of a special kind. With excerpts from well-known but also less well-known pieces, we present a foray through our musical productions of the past 50 years, which will also provide an insight into the history of these productions and the VBW itself. I am very happy and proud to be able to present such a wide range and the most diverse, dazzling facets of the musical genre to the audience in a single show. ”Director Christian Struppeck