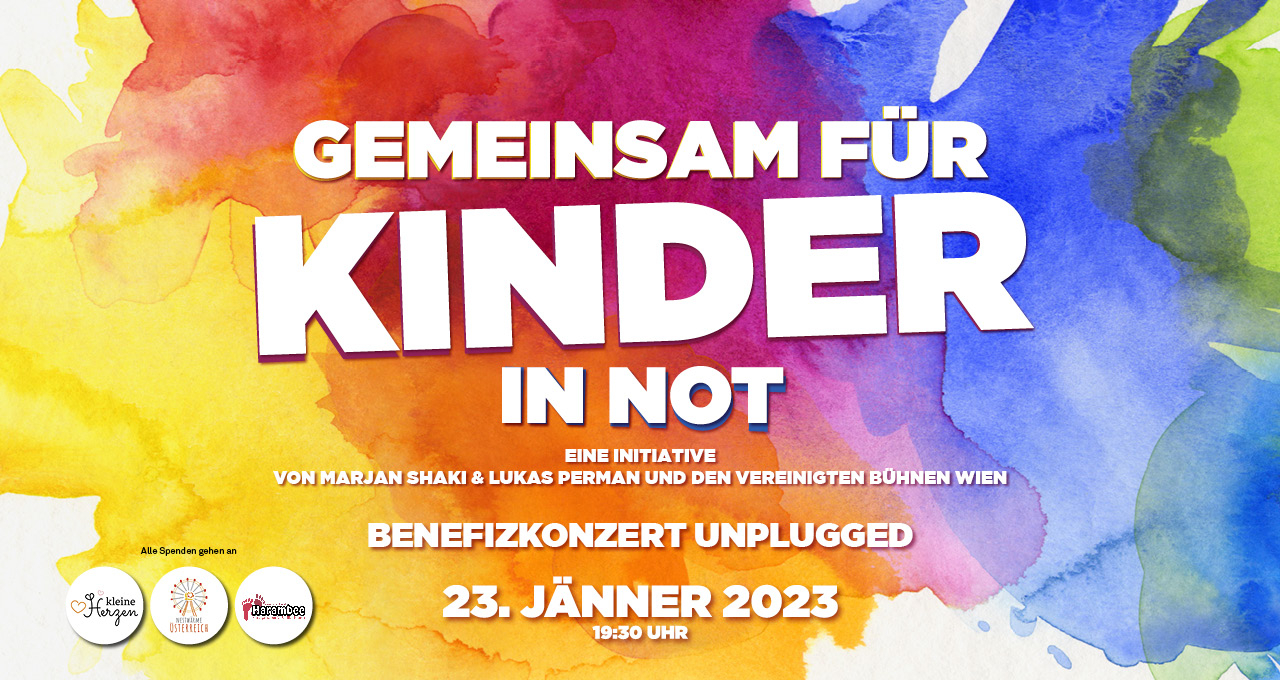 Together for children in need

VBW Musical Stars sing "Together for Children in Need"

Charity concert on 23 January 2023 at the Raimund Theater

On the initiative of Marjan Shaki and Lukas Perman and with the support of Vereinigte Bühnen Wien, a company of Wien Holding, the Who's Who of the German-language musical scene has joined forces to sing again for a good cause on 23 January 2023.

Under the motto "Together for Children in Need", Marjan Shaki and Lukas Perman, who are also responsible for the organisation, conception and design, will perform together with artists such as Florian Fetterle, Carin Filipčić, Ana Milva Gomes, Dominik Hees, Milica Jovanović, Andreas Lichtenberger, Barbara Obermeier, James Park, Boris Pfeifer, Drew Sarich, Aris Sas, Mathias Schlung, Mark Seibert, Wietske van Tongeren and Willemijn Verkaik. All singers are on stage free of charge, the ticket proceeds of the evening go to "VBW hilft Menschen in Notsituationen". With this money, the association supports the following three organisations in equal parts, which have made it their task to alleviate the suffering of children in need a little: