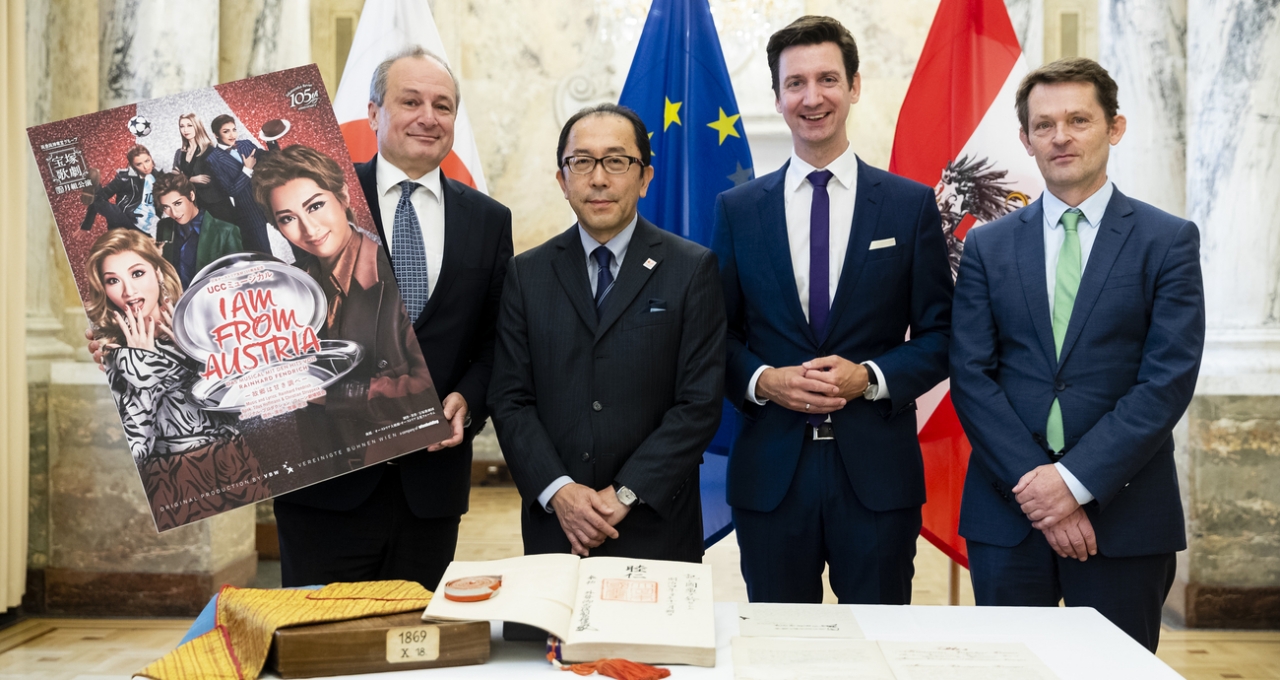 In honour of the 150th anniversary of relations between Austria and Japan, the Federal Ministry for Digital and Economic Affairs welcomed as guests the Japanese ambassador His Excellency Kiyoshi Koinuma and Austrian businesses with close ties to Japan. As an important business and tourism partner to Japan, the VBW was invited to attend the celebrations, along with Vienna Airport and the Austrian Post. 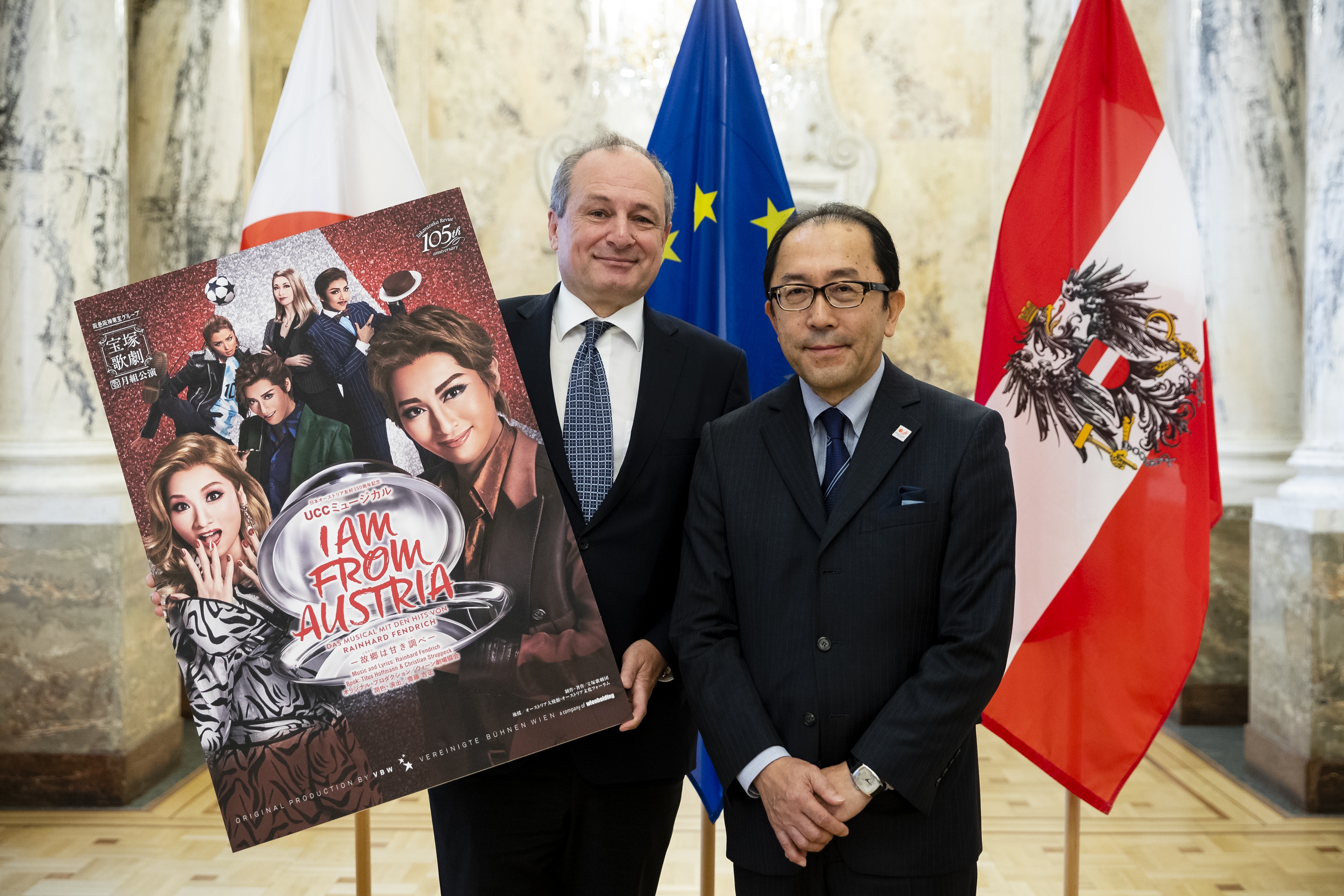 For the VBW, Japan is an important international partner. VBW in-house productions have been licensed to Japan for the last 23 years, beginning with the musical ELISABETH in 1996. In this anniversary year, the hit musical I AM FROM AUSTRIA opened to enthusiastic audiences in Takarazuka on October 4, 2019. The entire run of approximately 100 performances, a total of over a quarter of a million tickets, was entirely sold out even before the premiere.

“Every year, the VBW attracts audiences of around 600,000 in Austria and a further million abroad. Globally, around 26 million people in 21 different countries and 16 different languages have seen a VBW production. We are proud to be part of celebrating the 150th anniversary of diplomatic relations between the two countries. The great popularity of our VBW productions in Japan and in Asia generally once again underlines the VBW’s importance as a major tourism factor and a key exporter of Austrian culture,” said Prof. Dr. Franz Patay, Managing Director of the VBW.