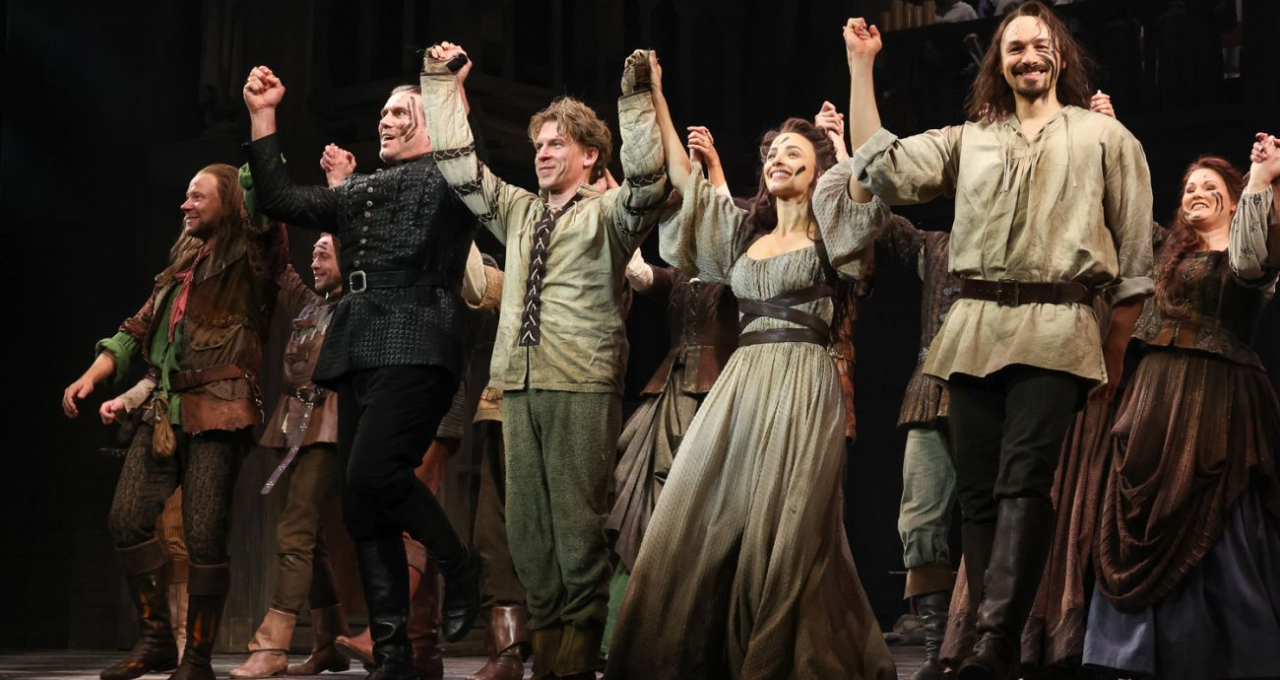 Spectacular premiere of Disney's THE HUNCHBACK OF NOTRE DAME

On Saturday the time had finally come: Disney's THE HUNCHBACK OF NOTRE DAME celebrated its Austrian premiere at the Ronacher! The fascinating musical based on the world-famous Disney film with Oscar-nominated film music can finally be seen in Vienna.

The atmosphere was terrific, the touching production directed by Scott Schwartz was welcomed with lots of cheers and standing ovations by the audience at the Ronacher.

In the role of the bell-ringer "Quasimodo", David Jakobs, who has already played the role in Berlin, caused great jubilation. Abla Alaoui and Dominik Hees, already known to Viennese audiences from the productions of "Miss Saigon" and "Cats", received thunderous applause for their performances as "Esmeralda" and "Phoebus de Martin". Andreas Lichtenberger and Mathias Schlung shone in the roles of "Archdeacon Claude Frollo" and "Clopin Trouillefou".