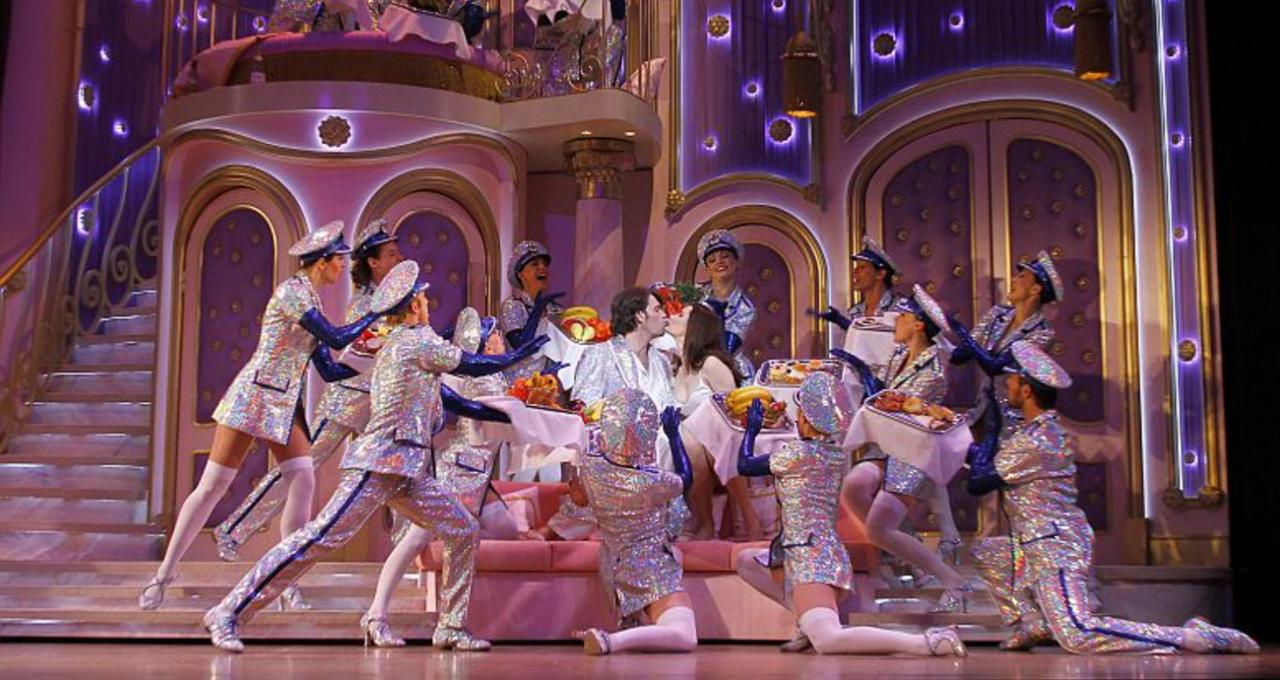 Kim Duddy trained in classical ballet in New York and appeared on Broadway for over ten years. Her work with Bob Fosse in PIPPIN und DANCIN’, with Michael Bennet in A CHORUS LINE and with Tommy Tune in THE BEST LITTLE WHOREHOUSE IN TEXAS has had a profound influence on her.

In 1997, she came to Vienna to perform in CATS. It was the start of a close association with the VBW, which continues to this day. She has appeared in FREUDIANA, played the title role in KISS OF THE SPIDER WOMAN, taught at the “Tanz- und Gesangsstudio an der Wien”, choreographed THE ROCKY HORROR SHOW, JOSEPH AND THE AMAZING TECHNICOLOR DREAMCOAT and the original production of WAKE UP, and directed the space rock musical BARBARELLA. She also directed a production of HAIR which ran simultaneously at the Raimund Theater in Vienna and the Musical Theater Bremen. In 2015, Kim Duddy directed and choreographed the 50th anniversary gala, WE ARE MUSICAL.

In Europe, Kim Duddy is much in demand as a theatre and film choreographer. She has worked at the Burgtheater, and from 1996 to 1999 she was Ballet Director at the Vienna Volksoper and choreographed revues for the Friedrichstadt-Palast in Berlin (including. “Casanova”). She has choreographed a wide range of musicals, including WEST SIDE STORY, FAME, KISS ME KATE, GUYS AND DOLLS, JEKYLL AND HYDE, LA CAGE AUX FOLLES, CABARET, GREASE and THE BODYGUARD.
Many original productions of musicals bear her signature, including GAUDI, FALCO MEETS AMADEUS, TITANIC, WAKE UP, BARBARELLA, THE PHYSICIAN, HINTERM HORIZONT and ICH WAR NOCH NIEMALS IN NEW YORK.

In 1995, she directed her first production, SWEET CHARITY for the Musical Sommer Amstetten, and over the course of 15 years she shaped the style of this Austrian festival with her choreography and direction of THE WHO’S TOMMY, FOOTLOOSE, JESUS CHRIST SUPERSTAR, HAIR, AIDA, and THE FULL MONTY. She also worked closely with the Stadttheater Klagenfurt under Artistic Director Dietmar Pflegerl. Her production of THE ROCKY HORROR SHOW was performed both at the Stadttheater and on the Seebühne, the lake stage.

TV and film audiences know her choreography from the Peter Alexander Show, from the Rainhard Fendrich show “Nix is Fix”, and from the films “Poppitz”, “Die Tänzerin” and the remake “Im Weissen Rössl – wehe Du singst”. Kim Duddy also teaches and is a member of the jury of the national singing competition “Bundeswettbewerb Gesang” in Berlin. In 2009, she was presented with an Achievement Award for her work in the performing arts by the state of Lower Austria. In the summer of 2017, she will direct and choreograph CATS for the Lake Thun Festival.