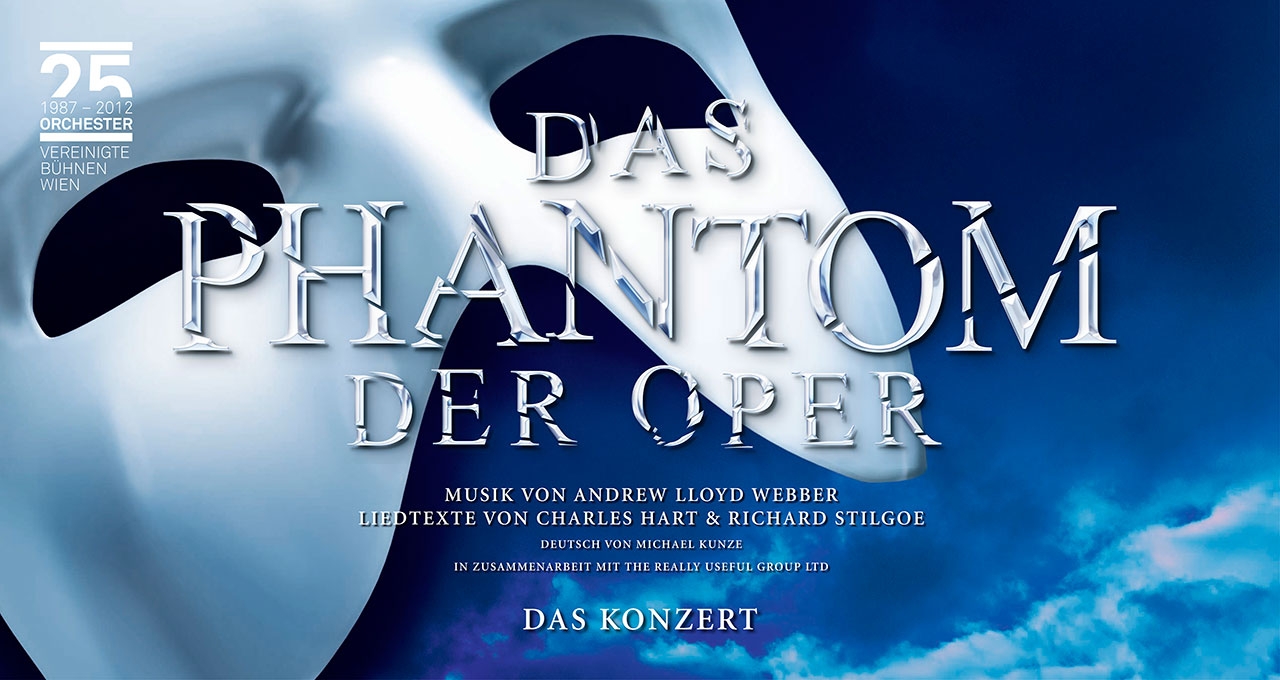 At the end of the 19th century, the phantom lived in the underground vaults under the Paris Opera. In love with the talented young singer Christine Daaé, it tyrannizes the directors to help her break through. The phantom kidnaps Christine into his underworld and confesses his love to her. However, Christine is in love with her childhood friend Raoul de Chagny. When she manages to pull the mask off the phantom, she discovers its secret - a hideously disfigured face - that arouses her compassion. The Phantom wants to make her an opera star with his own compositions. When the directors refuse, he drops the chandelier of the opera into the parquet.

Raoul jealously takes up the hunt for the criminal. The phantom steps in front of the guests on a large masquerade ball and demands that his opera "Don Juan the winner" be rehearsed. The directors agree to fear further incidents. During the performance, he kills the tenor and takes on the role of Don Juan to stand on stage with Christine. When Christine tears off his mask on the open stage, he takes her back to his labyrinth, followed by Raoul and an upset crowd. Despite all the phantom's threats, Christine stands by her love for Raoul. The phantom releases her, she kisses him goodbye before she leaves the underworld with Raoul. The phantom disappears in an enigmatic way and remains incomprehensible to its pursuers.