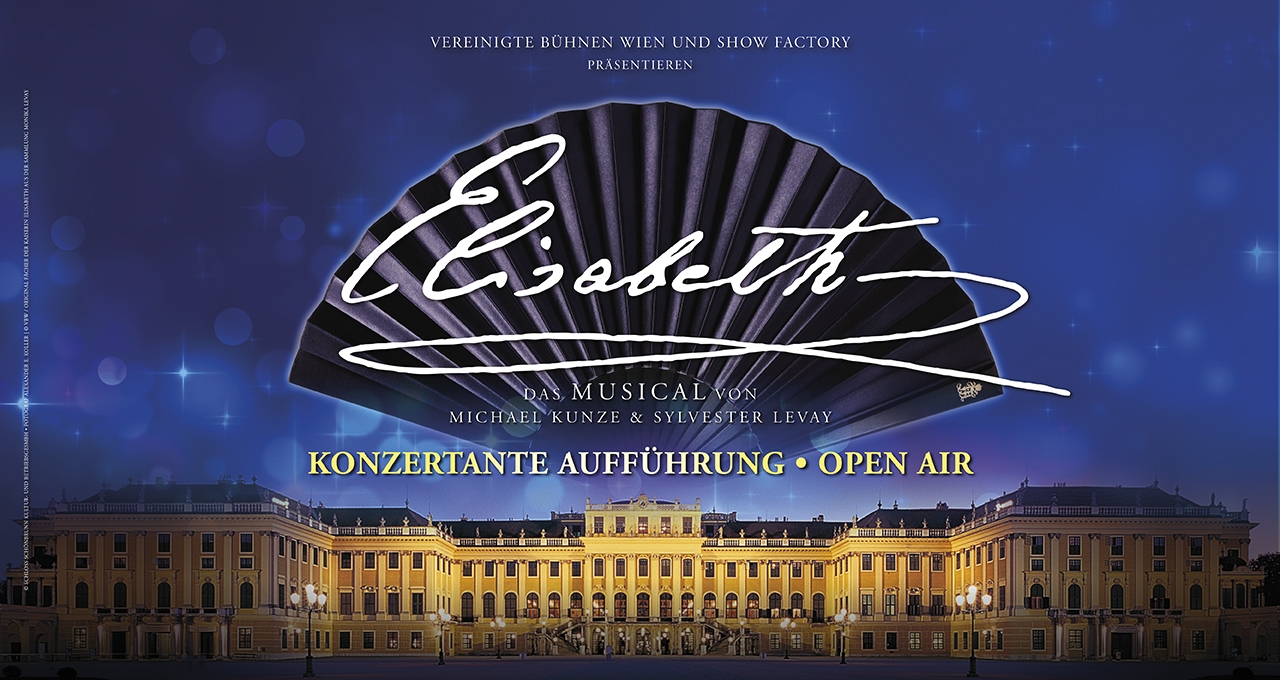 The VBW’s internationally successful production ELISABETH, penned by the crack team of Michael Kunze & Sylvester Levay, will be performed on 5 and 6 July 2019 as an exceptional concert experience in the grand forecourt of Schönbrunn Palace.

The famous historical setting provides a unique and dignified backdrop for the concert version of the musical, which tells the dramatic and moving story of the life, loves and tribulations of Empress Elisabeth of Austria. With first class soloists and a top ensemble, accompanied by the full VBW Orchestra, the audience can look forward to one of the event highlights of 2019. This is the first time a concert version of the most successful German-language musical of all time has been staged at the original location. The cast will be announced later this year, advance booking opens on 12 October 2018. 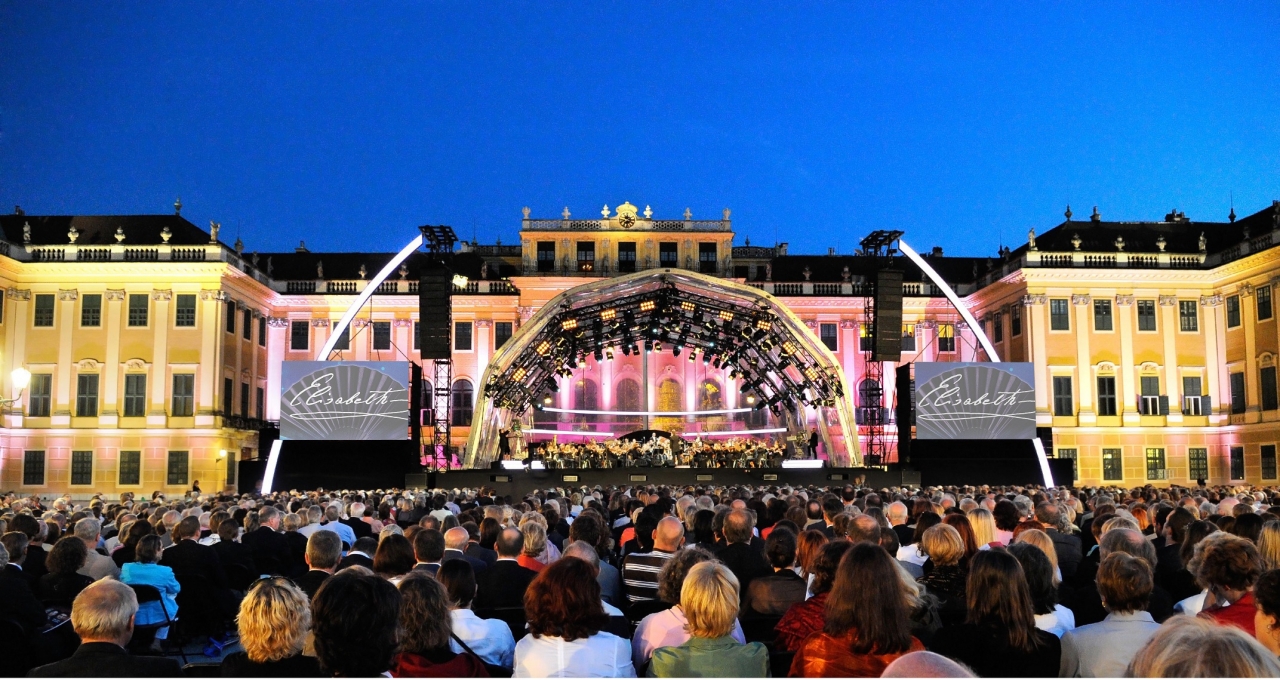 ELISABETH returns to Vienna at last

Since its premiere in Vienna in 1992, ELISABETH has captivated audiences all over the world with runs in Belgium, China, Finland, Germany, Hungary, Italy, Japan, the Netherlands, South Korea, Sweden and Switzerland. It has been performed in a total of seven languages ​​and attracted more than 11 million viewers worldwide. In 1996, the Japanese production of the musical was the first ever in-house production by Vereinigte Bühnen Wien  (VBW) - a company of Wien Holding - to premiere outside Austria. For more than 25 years, the musical has been an uninterrupted triumph and now the legendary VBW hit export returns to Vienna for just two performances.

Franz Patay, Managing Director of VBW and VBW international: “ELISABETH went to Japan over 20 years ago as VBW’s first ever musical export. The Asian audience was as enchanted as the Austrians by this thrilling musical about the Empress of Austria. From there, the production went on to conquer the world, and it has continued to be an international success story ever since. These days, our various our licensed productions attract audiences of around one million per year internationally, confirming the great significance our musicals have abroad."

Christian Struppeck, VBW’s Artistic Director of Musicals: "To my mind, there is no more suitable location to perform ELISABETH as a major concert than Schönbrunn Palace, where the Empress herself often resided. The musical about her life has long since achieved international cult status and numerous productions all over the world are still captivating millions of people. Now our global hit returns to Vienna for two outstanding concert performances as the musical concert highlight of the summer of 2019."