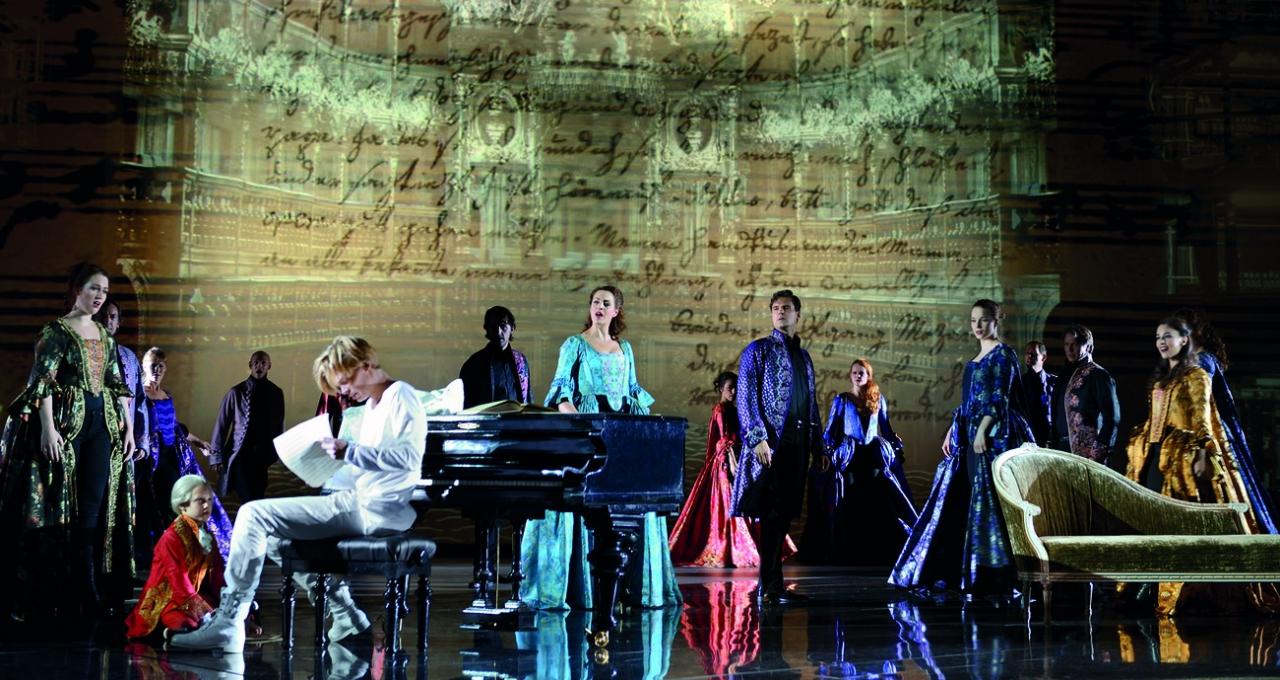 MOZART! at the film festival

The movie of the VBW in-house production MOZART! will be presented at this year’s film festival at the Viennese Rathausplatz on 11 July and 16 August 2017.

The movie will start around 8:30 PM on the big screen in front of the city hall (Rathausplatz). The full program as well as the specific screening times can be found here.

A rock star of the Roccoco era: MOZART! The musical by the dream team of Michael Kunze and Sylvester Levay throws light on the world’s most famous composer both as a historical human being and as a legendary figure of classical music. Mozart is presented here as an artist of exceptional talent who, in spite of his gift – or perhaps because of it – struggles with life’s simplest challenges. MOZART! – a coming-of-age drama – tries to show the man behind the cult, the clichés and the kitsch that have sprung up around the historical human being. This production was performed in eight countries with over 2.2 million visitors.

The leading team of the 1999 world premiere consisting of Michael Kunye (book and song texts), Slyvester Levay (music & arrangements), Harry Kupfer (direction), Yan Tax (costumes), Dennis Callahan (choreography) and Hans Schavernoch (set design) are responsible for the new version for Vienna in 2015. The role of Mozart’s father, “Leopold Mozart” is played by Thomas Borchert, “Hieronymus Colloredo“ by Mark Seibert. Barbara Obermeier plays the role of Mozart’s sister “Nannerl“ and Franziska Schuster is “Constanze Weber”. The orchestra of the VEREINIGTEN BÜHNEN WIEN plays and the movie was recorded at the Raimund Theater.