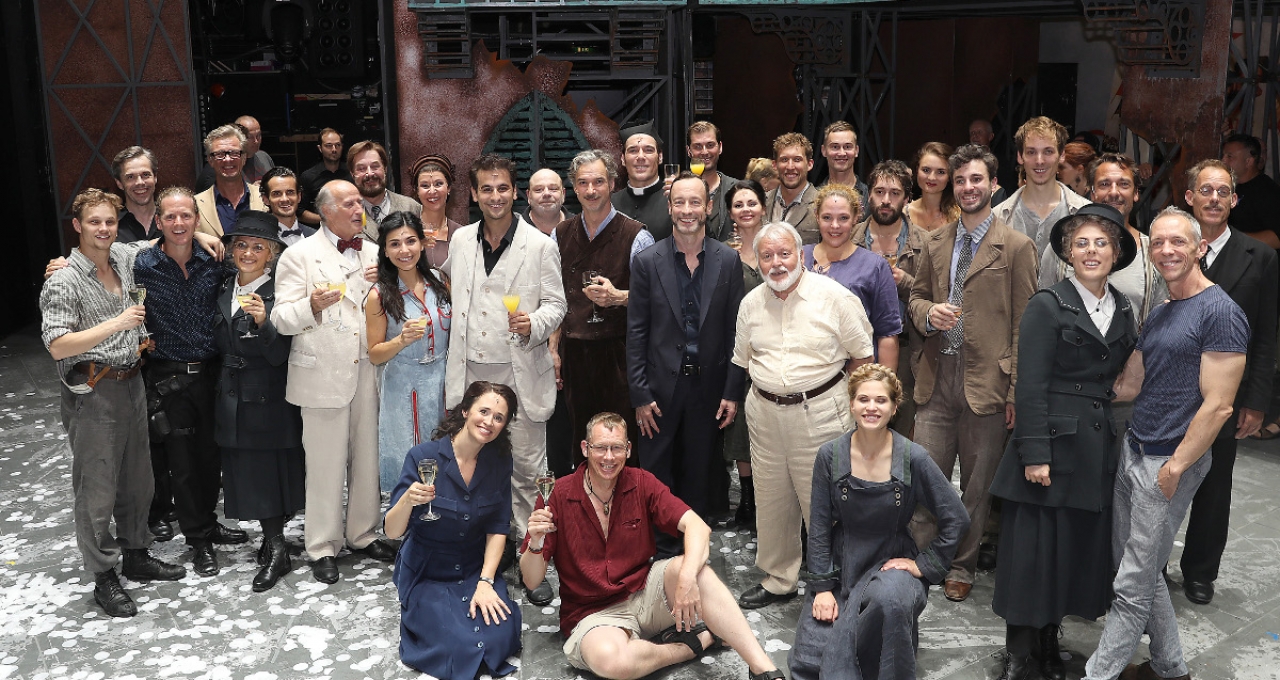 On 25 June 2017 DON CAMILLO & PEPPONE celebrated its last show. The audience hailed the cast with standing ovations. After, artistic director Christian Struppeck raised a glass to the success of the performance with the ensemble, all members who contributed on and back stage and the guests of the final performance.

DON CAMILLO & PEPPONE – the stories are well-known from the legendary film versions of Giovannino Guareschi’s “Mondo Piccolo” novels with Fernandel and Gino Cervi. The show celebrated its Austrian premiere as a co-production with the theatre of St. Gallen on 27 January 2017 in Vienna and was performed ever since at the Ronacher.