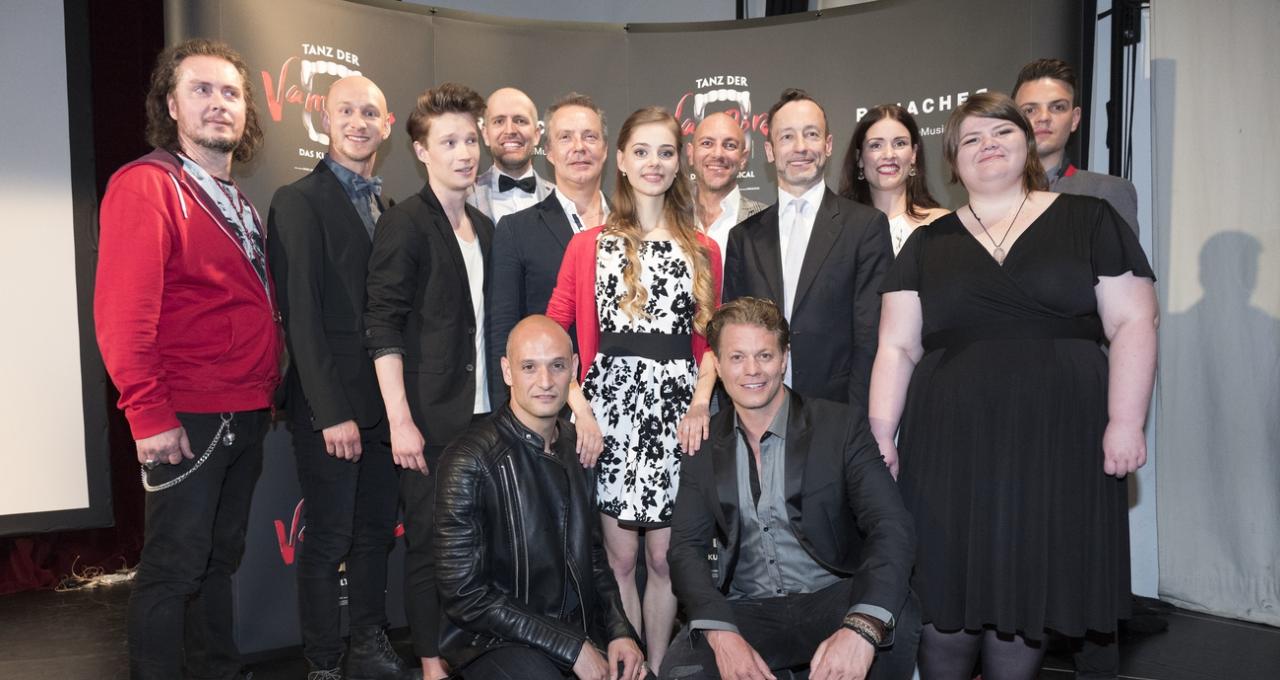 Press conference DANCE OF THE VAMPIRES

On the occasion of its 20th anniversary, DANCE OF THE VAMPIRES can finally be seen in Vienna again! At a press conference, the VBW’s Artistic Director of Musicals, Christian Struppeck, presented the new production, which has no fewer than three Counts von Krolock. Drew Sarich, Mark Seibert and Thomas Borchert will play the role at the Ronacher from 30 September 2017.

The musical by Michael Kunze (book) and Jim Steinman (music) opened at the Raimund Theater on 4 October 1997, and within a very short time had enthralled audiences of 8.2 million worldwide. Based on the classic film by Roman Polanski, the original production was brilliantly directed by the master himself. Following huge public demand, the cult musical is now returning to Vienna, the city where it was first performed, on the occasion of its 20th anniversary. 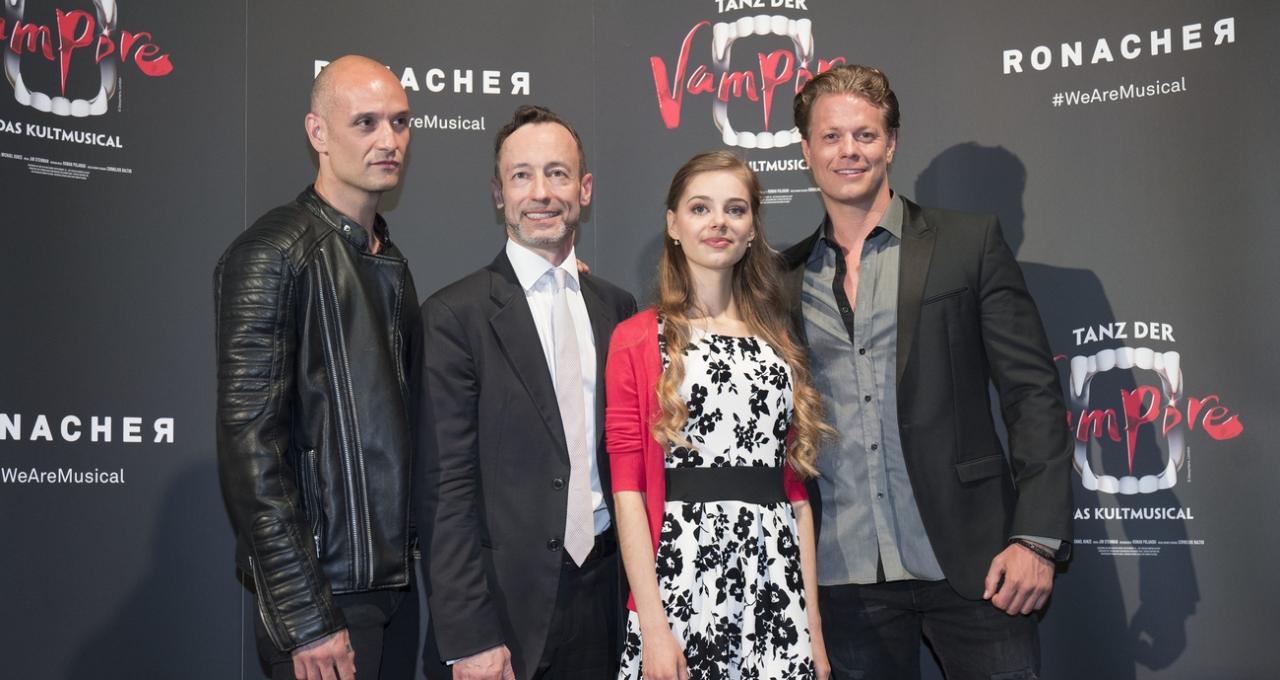 Vam-power at the Ronacher: Three Counts for Vienna

The cult musical has created a huge hype, not only amongst audiences but also around the auditions, where more 1,400 performers responded to the VBW’s casting call. The best of them can be seen every night at the Ronacher from autumn onwards.

Cornelius Baltus, who has already directed this production a number of times all over the world, will take the reins again in Vienna in 2017. The set and costume design are by Kentaur (WEST SIDE STORY, FOOTLOOSE, CHICAGO, etc.), the multi-talented Hungarian painter, singer and designer.  The choreography has been entrusted to the expert hands of Dennis Callahan (THE VISIT, DON CAMILLO AND PEPPONE, ELISABETH, MOZART!, etc.), who can be relied on to provide furious dancing. The musical arrangements and supervision are by Michael Reed (THE PHANTOM OF THE OPERA, ICH WAR NOCH NEIMALS IN NEW YORK, THE VISIT, etc.), who is currently working for the VBW on the world premiere of I AM FROM AUSTRIA. The lighting design is by Tony Award-winner Hugh Vanstone (THE THREE MUSKETEERS, PACIFIC OVERTURES, etc.), who has illuminated numerous productions in London’s West End and on Broadway, as well as in Vienna. The sound design is by Thomas Strebel (THE VISIT, MOZART!, DON CAMILLO AND PEPPONE, ELISABETH, etc.).

Since its world premiere in 1997, the VBW have exported DANCE OF THE VAMPIRES to 14 countries, and the show has been translated into 12 different languages. As well as numerous productions in Germany, which have attracted total audiences of 5.4 million, the musical has been staged in various countries, including Belgium, the Czech Republic, Japan, France, Hungary, Russia, Poland, Estonia, Finland, Slovakia and Switzerland. The many international licensed productions have created a true cult, and the figures speak for themselves: in Austria alone, there were three performance runs, attracting audiences of over 1.3 million to enjoy the adventures of the vampire killer Professor Abronsius and his assistant, Alfred, in the dismal demesne of Count von Krolock. Across the globe, DANCE OF THE VAMPIRES has so far been seen by 8.2 million viewers.

Artistic Director Christian Struppeck: “DANCE OF THE VAMPIRES has cult status all over the world. Since the world premiere, we have brought to vampires to the stage in 14 countries, with enormous success. Very few shows have a fan community like this one, so as far as I was concerned, it was an obvious choice to stage the show here in Vienna again, the place where it was first performed, for its 20th anniversary. This is a very special season for us and we are delighted that we are not only offering our audiences outstanding soloists and a great cast but also no fewer than three hugely popular stars - Drew Sarich, Mark Seibert und Thomas Borchert – as Count von Krolock.”

Roman Polanski: “No one in the original production team could have known that this show would be such a huge hit. A run of two or three years would have been extraordinary enough, but we never expected it to unleash a cult like this. My time rehearsing in Vienna was really wonderful. I wish the vampires a happy birthday and I hope the audience in Vienna has as much fun as the audience twenty years ago.”

Michael Kunze: “My musical, DANCE OF THE VAMPIRES, found its first audience in Vienna. From here, it went all over the world. So far, no other continental European musical has played in New York as well as Moscow, and become a cult hit in Paris, Berlin, Tokyo and Seoul. Now it is returning to where it belongs: to Vienna, where it comes as a surprise to no one that the dead live on, and black humour is a way of life. Where could vampires feel more at home?”

DANCE OF THE VAMPIRES

Trailer: DANCE OF THE VAMPIRES - Back in Vienna

Trailer: DANCE OF THE VAMPIRES - Back in Vienna

Cast presentation DANCE OF THE VAMPIRES

Cast presentation DANCE OF THE VAMPIRES